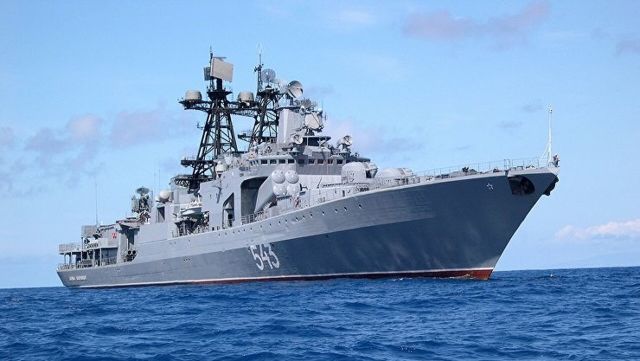 TSAMTO, November 6. Before entering the final stage of factory sea trials, the upgraded frigate of the Pacific fleet "Marshal Shaposhnikov" on November 6 was put into the dry dock of JSC "Dalzavod ship repair Center "in Vladivostok.

Docking was preceded by three exits of the ship to the sea of Japan, where the crew, together with the delivery team, checked the operation of the power plant, steering device, auxiliary mechanisms, communications, detection and navigation.

In the dock, the final painting of the underwater part of the hull and its revision will be made, and the bottom and outboard fittings will be checked.

Repair and modernization of the frigate is carried out on the basis of JSC "Dalzavod ship repair Center "in Vladivostok. At Marshal Shaposhnikov, hull structures were repaired and new equipment was installed. In the course of modernization, the frigate was equipped with modern Kalibr-NK and Uran strike missile systems, as well as the latest artillery weapons.

It is planned that by the end of this year, the frigate "Marshal Shaposhnikov" will return to the Pacific fleet, the press service of the Eastern military district reports.