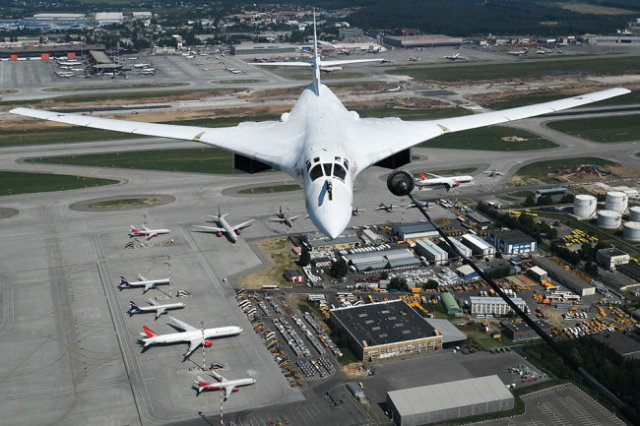 Details have emerged of the flight of two Tu-160 strategic supersonic missile carriers that covered more than 20,000 kilometers. The planes were in the air for more than 25 hours. Thus, the record of the range and duration of the flight was updated.

According to him, the most experienced flight and engineering personnel were involved in the flight. During the flight at an altitude of more than 6,000 meters and at a speed of about 500 kilometers per hour, Il-78 refueling aircraft refueled 130 tons of fuel each Tu-160 three times.

"This is the first time that this type of aircraft has performed such a number of refueling operations and received such a volume of fuel in a single flight," notes Oleg Pchela.

He also said that the pilots had to spend more than 16 hours in special marine suits during the flight over the neutral waters of the Central Arctic ocean, the Pacific ocean, the Kara, Laptev, East Siberian, Chukchi and Barents seas.

According to the major General, the onboard equipment allows the crew to prepare food, make coffee or tea. The plane even has an analog of a modern microwave oven. This allows you to provide the necessary conditions for such a long flight.

By the way, the pilots who landed said that they were ready to continue the flight.

"This flight, as well as many others, showed that long - range aviation is able to perform tasks anywhere in the world," Oleg Pchela emphasizes.

The rights to this material belong to Российская газета
The material is placed by the copyright holder in the public domain
Продукция
Ил-78
Ту-160
Do you want to leave a comment? Register and/or Log in
Log in via Facebook
The Russian Aerospace Forces will put promising hypersonic weapons on combat duty in 2022
Извольте разоружиться
In the USA, they were surprised by the size of the Su-75
Корпорация "Иркут" до конца 2018 года поставит ВКС РФ более 30 истребителей Су-30СМ
Дело точное: Восточный военный округ получит «Торнадо-С»
Parachute systems are ready for the landing of a dog handler with a dog
Шойгу счел необходимым построить в России еще несколько крупных городов
Hamshahri (Иран): НАТО требует от России прекратить «игру в солдатики» возле границ Украины
«Они технически неграмотные»: в США перепутали защиту Су-35 с АФАР
In Belarus, they announced the aggravation of the situation at the borders of the country
«Российская армия захватит Балтию за 96 часов. Дальше не пройдет»
Instead of the military aviation engineering school - Suvorov
President Putin signed a law on extending the service life of senior officers
В Египте открылась международная выставка вооружений EDEX-2021
Ukraine will work on the completion of "Vladimir the Great" for a billion dollars
other topics discussed
2006-2021 © ВПК.name. All rights reserved.
When reprinting, link to ВПК.name required.
User agreement.
№ 21-PP in the register of information distributors.
18+
Website hosting: TimeWeb.