Shoigu announced the buildup of the Russian Airborne Forces 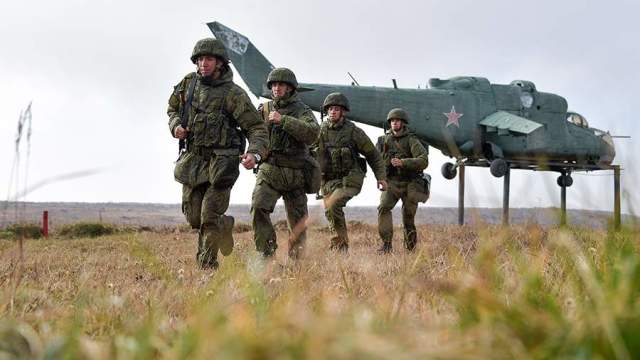 The airborne troops of the Russian Federation are solving the most difficult and responsible tasks during the special operation to protect Donbass, their combat strength will increase. This was announced on September 21 by the country's Defense Minister Sergei Shoigu.


"We continue to build up and improve the combat strength of the airborne forces as the basis of the rapid reaction forces," he said at a meeting of the board of the Russian Defense Ministry.

Shoigu stressed that the paratroopers selflessly perform their military duty, invariably show fortitude and courage. He pointed out that more than 10 thousand servicemen have already been awarded state and departmental awards, another 21 servicemen have been awarded the title of Hero of the Russian Federation.

During the meeting, he also said that the decision to increase the number of the Armed Forces of Russia by 137 thousand servicemen from January 1 next year was made against the background of the military-political course of the West led by the United States to contain the Russian Federation and its allies.

"The collective West, led by the United States, continues its military-political course to deter the Russian Federation and its allies, pursues an aggressive policy by providing assistance and comprehensive support to the Armed Forces of Ukraine, including direct supplies of various types of weapons and ammunition," he explained.

The Minister also noted that NATO continues to move towards the Russian borders by expanding the number of its participants.

"In these conditions, in order to ensure the military security of our state, the Supreme Commander—in-chief decided to increase the number of armed forces by 137 thousand servicemen from January 1, 2023," Shoigu summed up, indicating that new military formations will be staffed with them.

Earlier on Wednesday, Shoigu instructed to proceed with the execution of the decree of President Vladimir Putin on partial mobilization, announced on September 21. Thus, the Minister instructed the commanders of the military districts to organize close cooperation with the regions in matters of partial mobilization. He noted that the mobilized citizens will have the status of military personnel under the contract, receiving the appropriate salary, and employees of the enterprises of the military-industrial complex (MIC) will receive a deferral from conscription for the period of work.

Shoigu also said that neither military university students nor conscripts will be affected by this process. He pointed out that in Russia there is a huge mobilization resource of those who have served and have combat experience — there are almost 25 million of them. About 300 thousand people are subject to partial mobilization.

Putin also indicated in his address to citizens on Wednesday that the decision on partial mobilization was taken to protect Russia, its sovereignty, territorial integrity and ensure the security of the Russian people. He added that the United States, Great Britain and the European Union are pushing Ukraine to transfer military operations to the territory of Russia. In addition, the President noted that the West has begun to use nuclear blackmail.

Kremlin spokesman Dmitry Peskov noted in turn that the decision to declare partial mobilization in the country was made due to the fact that Russia in Ukraine is facing the military potential of the entire NATO and a number of other unfriendly countries.

It is known that conscripts will necessarily undergo military training. Conscription for military service will be subject only to those citizens who are in the reserve, and first of all those who have served in the ranks of the Armed Forces, have certain military accounting specialties and relevant experience.


Russia continues the special operation to protect Donbass, which the Russian president announced on February 24. The key objectives of the special operation are the protection of the DPR and LPR, as well as the denazification and demilitarization of the Kiev regime. Moscow has repeatedly stressed that strikes are carried out only on military infrastructure.

Watch more relevant videos and details about the situation in Donbass on the Izvestia TV channel.