The development of the CR929 aircraft began almost anew 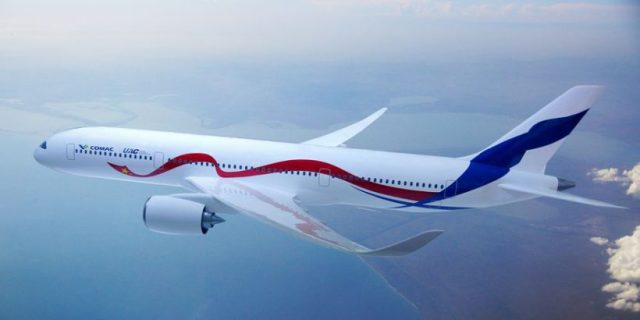 At the World Design Capital 2022 conference in Shanghai, which opened on September 15, Academician of the Chinese Academy of Engineering, Chief Researcher of the Commercial Aviation Corporation of China (COMAC) Wu Guanhui said that the preliminary design of the joint Russian-Chinese CR929 aircraft has begun. This is reported by the Shanghai Oriental Press.

"At present, the general technical plan of the aircraft has been determined, suppliers of fuselage and tail sections have been selected, and we have officially moved on to preliminary design," Wu Guanhui said.

According to him, the share of composite materials in the CR929 design will be about 51%, which in typical flight segments will make the aircraft more than 10% more economical compared to competing models from other manufacturers.

Work on the creation of the CR929 airliner started with the signing in the summer of 2016 of an agreement between the governments of Russia and China on the joint implementation of the wide-body long-haul aircraft (SHFDMS) program.

The development of any aircraft begins with the preparation of an advance design, after which the designers start working on a draft design, then there is a stage of working design. In the spring of 2017, the Gate 2 stage was completed under the CR929 program. As of March 1, 2017, the following works have been completed:

The fact that the CR929 program is at the Gate 3 stage – equivalent to preliminary design – was told in an interview with the Horizons UAC magazine in December 2019 by the head of the research department of aerodynamics of the Irkut Corporation branch - "Regional Aircraft" – Deputy Chief Designer for aerodynamics Alexander Dolotovsky.

Now, from the news received from Shanghai, it can be concluded that the design of the CR929 is actually at the initial stage, and the Russian side managed to convince the Chinese partners of the need to redesign the machine in order to minimize the number of Western components. It follows that the main suppliers of aggregates and aircraft systems will be Russian and Chinese companies. Enterprises from friendly and loyal countries can also be involved.

At the stage of preliminary design, the main characteristics of the aircraft are determined, its aerodynamic and structural schemes are developed, which allow us to judge the feasibility of further design. Taking into account the almost complete replacement of suppliers, designers will need to rework the general views and layout sections, schematic diagrams, equipment systems, control and power plant. Recalculate the weight and alignment, re-calculate the approximate strength of the structure.

Thus, Russia does not withdraw from the CR929 project, as previously assumed, joint work on the liner continues despite the emerging friction and disagreements between the development teams. The CR929 found itself in a situation similar to the SSJ100 and MS-21, where, due to the introduction of anti-Russian sanctions, the United Aircraft Corporation was confronted with the fact that all foreign systems of these two aircraft urgently needed to be changed to domestic ones.