Web resource "Zhukovsky news" in the material Yuri Ponomarev "Change of horses at the ferry" He said that there have been changes in the heavy transport helicopter's remotorization program: instead of the PD-12V engine, it is planned to install a promising PD-8V turboshaft engine. 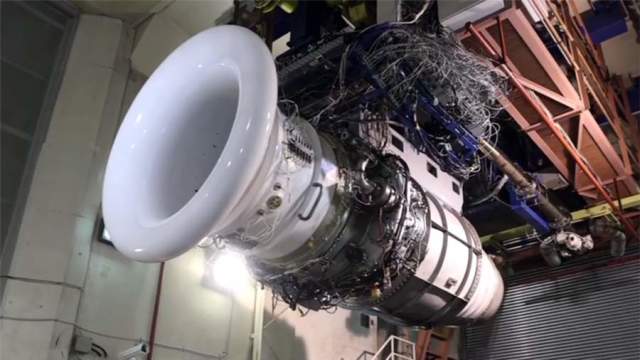 The first bench prototype of the PD-8 dual-circuit turbojet engine at the test stand of JSC UEC-Saturn (Rybinsk, Yaroslavl Region), 05/17/2022 (c) Ministry of Industry and Trade of the Russian Federation

For more than forty years, serial heavy transport helicopters of the Mi-26 family have been equipped with Ukrainian turboshaft engines (TVD) D-136 (with a take-off power of 10 thousand hp) manufactured by Motor Sich. After the adoption of sanctions in 2014, it was decided to develop and test a domestic PD-12V engine with a take-off capacity of 11.5 thousand hp in a short time to carry out the remotorization of the Mi-26 rotary-wing aircraft.

In the Comprehensive Program for the Development of the air Transport industry until 2030, adopted at the end of June this year, there is mention of the release of 5 Mi-26T2/TC helicopters for civilian customers until 2030, there is not a line about the serial production of the PD-12V motor for the helicopter.

In the spring of this year, it was reported that, instead of the PD-12V TVD, when the Mi-26 helicopter is remotored, the PD-8V TVD, a version of the PD-8 engine for helicopters, will be installed on the car. The PD-8 engine is based on technical solutions implemented in a certified PD-14 engine. Created on the basis of the PD-14 engine gas generator, intended for installation on the MS-21-310 short- and medium-haul aircraft, the PD-8 deforced engine will have a thrust of 7.9 tc.

The first prototype of the new domestic PD-8 engine passed bench tests in the spring of this year, now the next stage is flight tests of the engine at the M.M.Gromov LII in late 2022 - early 2023. The PD-8 engine is being created using Russian materials and modern technologies, including 3D printing. A wide cooperation of enterprises of the United Engine Corporation (UEC) is involved in the work. Work on the PD-8 engine is carried out by five structural divisions of the corporation at once. The main developer and integrator is the company "UEC-Saturn" (Rybinsk).

To improve the operational characteristics of the PD-8V TVD, they will be equipped with an electronic control system of the FADEC type.

The remotorized helicopters of the Mi-26 family will also receive a new auxiliary installation (APU) TA18-100 instead of the current APU TA-8B.

In the civil sector of the domestic aviation industry, after the events of 2014, import substitution programs were not implemented to the required extent. It can be concluded from the example of replacing the PD-12V engine with PD-8V on Mi-26 helicopters that the defense industry enterprises cannot cope with the "surging" volumes of urgent import substitution.