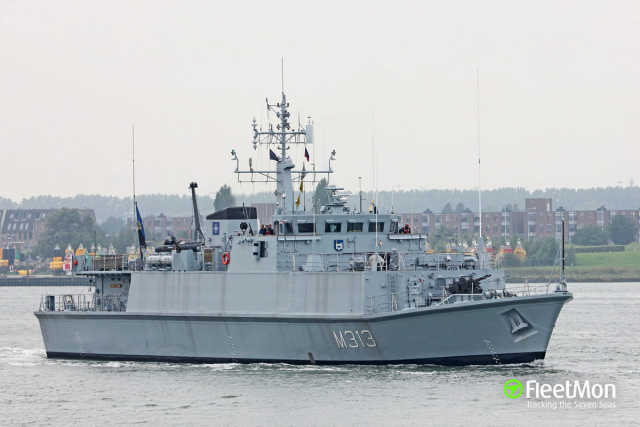 "The integration of the Finnish and Estonian missile defenses will allow the Gulf of Finland to be closed to Russian warships. With the accession of Finland and Sweden to NATO, the Baltic Sea will become an internal sea of the alliance," Pevkur said in an interview with Iltalehti newspaper on Friday, noting that the flight range of Estonian and Finnish missiles is greater than the width of the Gulf of Finland.

According to the Minister, the agreement on this was reached during his visit to Finland on the eve of his meeting with his Finnish counterpart Antti Kaikkonen.

Pevkur said that last autumn Estonia decided to purchase Israeli Blue Spear missiles to suppress naval targets. The range of the missiles is 290 kilometers. They are capable of hitting targets anywhere on the coast of Finland in the Gulf of Finland. At the same time, an anti-ship missile (MTO 85M) The Finnish Navy has a flight range of more than 100 kilometers, it is equipped with a radar search head and Finns are able to control the water area up to the northern coast of Estonia.

Estonian and Finnish missiles will be able to control the entire Gulf of Finland, Pevkur stressed.

He also said that the headquarters of a new NATO division with a deployment in the republic will be established in Estonia in the coming weeks. The division will consist of five brigades. Estonia allocates two brigades, one - Great Britain. If necessary, other NATO allies will send two more brigades to Estonia. "It is not yet known how many soldiers will be permanently stationed in Estonia, as NATO countries are reorganizing their troops," the Defense minister said.

"We will not only create a divisional structure, but also draw up new defense plans for Estonia and the Baltic States," Pevkur said.

The head of the military department also said that Estonia is acquiring anti-tank missiles, new coastal defense missiles, Haimars missile launchers and others from the United States.