"Step of goodwill": why Russian troops left the island of Snake 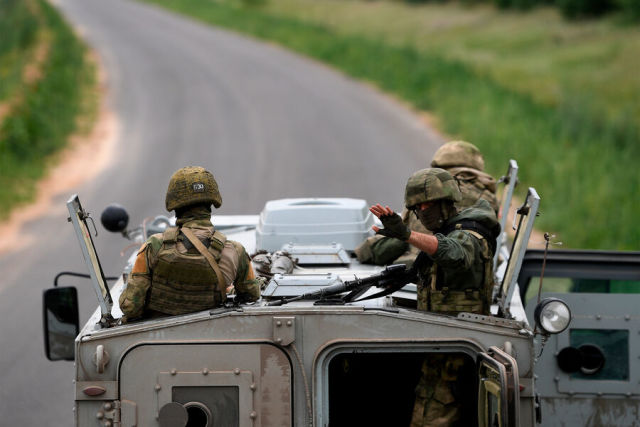 The official representative of the Ministry of Defense of Russia, Lieutenant General Igor Konashenkov, said that the Armed Forces of the Russian Federation "as a step of goodwill" left the island of Snake. According to him, this is how Russia decided to demonstrate to the world community that it does not prevent the creation of a humanitarian corridor for the export of agricultural products from Ukraine.

"The word is for the Ukrainian side"

Igor Konashenkov said that the Russian garrison left the island of Zmeiny on June 30. The Russian Armed Forces, according to him, "completed the tasks on the island," and therefore were withdrawn from it.

"Thus, it has been demonstrated to the world community that the Russian Federation does not hinder the efforts of the UN to organize a humanitarian corridor for the export of agricultural products from the territory of Ukraine," Konashenkov stressed.

He noted that "this decision will not allow Kiev to speculate on the impending food crisis." Ukraine will no longer be able to refer to the impossibility of exporting grain "due to Russia's total control of the northwestern part of the Black Sea."

"Now it is up to the Ukrainian side, which has not yet cleared the Black Sea coast off its shores, including the port waters," concluded the representative of the Ministry of Defense.

Snake Island is located in the Black Sea approximately 35 km east of the mainland coast at the latitude of the Danube Delta. According to open sources, the status of the island was important when considering the territorial dispute between Ukraine and Romania on the delimitation of the continental shelf and the exclusive economic zone rich in oil and gas reserves in the International Court of Justice of the United Nations. On February 3, 2009, it was decided that Zmeiny was an island and not a rock, which Romania tried to prove.

The first day of the special operation

The battles for Snake Island began on the first day of the military special operation in Ukraine. On the evening of February 24, TASS reported with reference to the State Border Service of Ukraine that Kiev had lost control of the island, which belongs to the Odessa region.

"According to available information, Snake Island has been captured," the agency quoted the State Border Service as saying.

The ministry added that communication with Ukrainian border guards and military personnel on the island was lost.

On February 25, the Russian Defense Ministry reported that 82 Ukrainian servicemen surrendered to a unit of the Russian armed forces near the island of Zmeiny. They were charged with a subscription to refuse to participate in hostilities, and then they planned to send them home.

Attempt to regain control of the island

Subsequently, the Russian Defense Ministry has repeatedly stated about attempts by Ukrainian forces to attack the island.

On May 9, the department said that since May 7, "on the direct instructions" of the President of Ukraine, Vladimir Zelensky, the Ukrainian General Staff "with the direct participation of advisers from the United States and Great Britain" tried to regain control of the Snake.

For two days, Ukrainian troops "desperately" tried to land air and sea troops on the island. At the same time, the Russian military department noted that the Snake is important "to ensure control of the northwestern part of the Black Sea."

"As a result of the competent actions of the Russian armed forces unit on the island, the Ukrainian provocation was thwarted. The enemy suffered heavy losses," Konashenkov said.

He added that, repelling the attacks of Ukrainians, Russian troops shot down four Ukrainian aircraft in the air, including three Su-24 and one Su-27, three Mi-8 helicopters with troops on board, one Mi-24 helicopter. In addition, 29 Ukrainian unmanned aerial vehicles were shot down in the air for two days, including eight Bayraktar TB-2 attack aircraft. And "during an attempt to land troops on the night of May 8," three armored Ukrainian amphibious assault boats of project 58181 "Centaur" with servicemen of the Ukrainian Navy were destroyed.

Konashenkov concluded that in attempts to regain control of the island, the APU lost more than 50 people, the bodies of 24 of them remained on the shore of the Snake.

"On the eve of Victory Day, the Ukrainian authorities made an adventurous attempt to seize the island of Zmeiny. This dubious action turned into a complete failure. Any provocations will continue to be severely suppressed," Russian Defense Minister Sergei Shoigu commented on the incident on May 20.

On June 21, Konashenkov reported that at 5 a.m. on June 20, Ukraine made another attempt to seize the island. According to him, Kiev planned to first launch massive air and artillery strikes on Zmeiny, and then land troops on it.

According to the official representative of the Ministry of Defense, "more than 15 Ukrainian drones were involved in the air raid, which were guided by TB-2 Bayraktars. In addition, Russian troops recorded a strategic reconnaissance unmanned aerial vehicle of the US Air Force "Global Hawk" RQ-4 near the island at high altitudes.

And the anti-aircraft cover of the Ukrainian UAVs was provided by S-300 anti-aircraft missile systems. Konashenkov added that missile and artillery strikes on Zmeiny Island "were carried out by Ukrainian Tochka-U ballistic missiles, Uragan multiple launch rocket systems and 155-mm M-777 howitzers."

The representative of the Ministry of Defense concluded that the Russian air defense systems - "Pantsir" and "Tor" - destroyed everything that the Ukrainians released on the island. Therefore, Kiev's plans to return the island "failed".