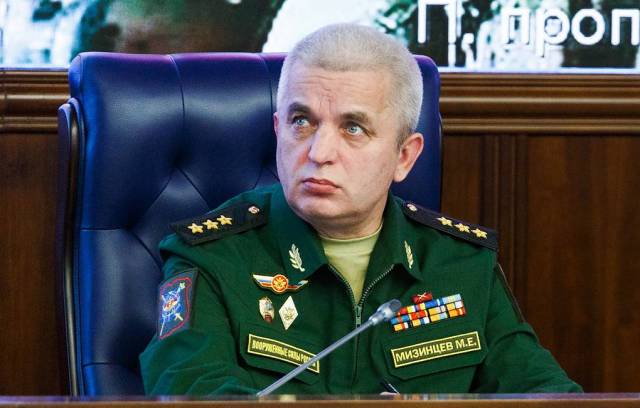 Moscow. May 26. INTERFAX-AVN - Six foreign vessels are not leaving Mariupol, although the Russian military has eliminated the mine danger in the water area of the port, said the head of the National Defense Control Center of the Russian Federation, Colonel-General Mikhail Mizintsev.

"Despite the conditions created by the Russian side for the safe exit of six foreign bulk carriers previously blocked by Ukraine: Tsarevna (Bulgaria), Azburg (Dominican Republic), Smart (Liberia), Blue Star (Panama), Azov Concord (Turkey), Lady Augusta (Jamaica) from the water area of Mariupol, the leadership of the countries of the ship-owning companies has not taken measures to withdraw these vessels to date," Mizintsev said on Thursday.

He said that the forces of the Russian Navy eliminated the mine danger in the water area of the port of Mariupol, civilian vessels can safely use the harbor, and a humanitarian corridor has been opened in the Sea of Azov since May 25.

"We call on the diplomatic missions of Bulgaria, the Dominican Republic, Liberia, Panama, Turkey, Jamaica and the International Maritime Organization to exert an effective influence on the owners of the ships located in the port of Mariupol to bring them to their permanent home," Mizintsev said.

On May 25, Mizintsev said that the Russian Defense Ministry was opening two corridors for foreign ships to exit ports on the Black and Azov Seas.

"In the Black Sea - to exit the ports of Kherson, Nikolaev, Chernomorsk, Ochakov, Odessa and Yuzhny in a south-westerly direction from the territorial sea of Ukraine with a length of 80 miles and a width of 3 miles," Mizintsev said.

"In the Sea of Azov - to exit the port of Mariupol with a length of 115 miles and a width of 2 miles in the direction of the Black Sea," Mizintsev said.

Mariupol is located on the northern coast of the Sea of Azov, it was one of the largest commercial sea ports in Ukraine.

On May 20, the Ministry of Defense of the Russian Federation reported that the head of the department, Sergei Shoigu, reported to Russian President Vladimir Putin on the completion of the withdrawal of the surrendered Ukrainian military from the Azovstal plant in Mariupol and full control over the city.

On May 24, the Ministry of Defense of the Russian Federation reported that the Russian military had completed the clearance of approaches to the port of Mariupol and its water area - more than 1.5 million square meters were surveyed. m of water area, 18 berths and 32 vessels. The Ministry of Defense said in a statement that 134 structures were examined in the port of Mariupol, over 12 thousand explosive objects were neutralized.

British Defense Minister Ben Wallace on Wednesday appealed to the Russian Federation to skip grain ships blocked in Ukraine. "I call on Russia to show humanity and make the right decision: to give the opportunity to export Ukrainian grain," the Associated Press quotes him as saying. The British minister noted that countries such as Libya and Yemen need a significant part of this food.

At the same time, Wallace, according to Western media, rejected the idea put forward by Russia of lifting part of the anti-Russian sanctions in exchange for resuming the export of grain by sea from Ukrainian ports. "Let's not talk about the topic of sanctions," he said.

Earlier on Wednesday, Russian Deputy Foreign Minister Andrei Rudenko said that the Russian side is ready for a dialogue to resolve the situation with the blocked grain ships located in Ukraine.

"We have repeatedly stated in this regard that the solution of the food problem requires a comprehensive approach, including the lifting of sanctions restrictions that were imposed on Russian exports and financial transactions. And also requires Ukraine to clear all ports where ships are stationed, Russia is ready to provide the necessary humanitarian passage, which it does every day," Rudenko said.

Rudenko said this week that Moscow is calling for the lifting of restrictive measures imposed against Russian exports, this would facilitate the resumption of grain supplies to world markets.

Before that, in May, US Secretary of State Anthony Blinken said at a meeting of the UN Security Council that Russia's actions had provoked a food crisis in the world. His statement was then refuted by Russia's permanent representative to the UN Vasily Nebenzia, saying that Russia does not block grain-carrying vessels in the Black Sea.

"You claim that we are allegedly blocking the possibility of exporting agricultural products from Ukraine by sea. However, the truth is that it is Ukraine, not Russia, that continues to block 75 foreign vessels from 17 states in the ports of Nikolaev, Kherson, Chernomorsk, Mariupol, Ochakov, Odessa and Yuzhny, and it was Ukraine that mined the Black Sea," Nebenzia said then.