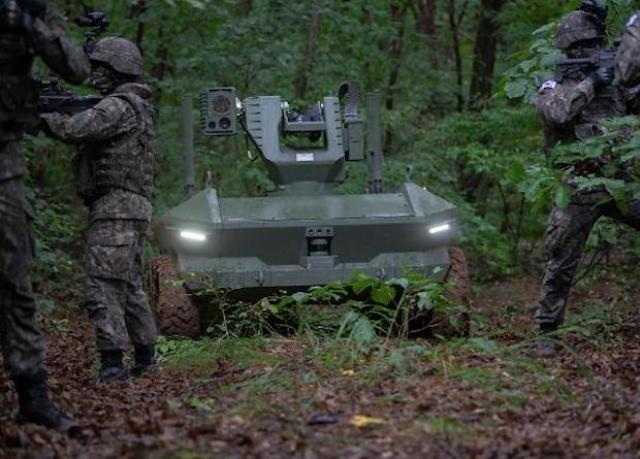 Hyundai Rotem multi-purpose ground wheeled robots have been tested for six months in border areas. According to Aju Business Daily, they are now ready for combat missions.

The Defense Procurement Programs Administration (DAPA) of South Korea ordered two MUGV multi-purpose ground wheeled robots from Hyundai Rotem in 2020. These are fully electric vehicles with a six-by-six wheel formula and a weight of two tons. Their length is 2.4 meters, width is 1.7 meters, and height is 0.9 meters.

Last summer, Hyundai Rotem handed over two MUGV robots to the South Korean army for testing. These were the first unmanned vehicles that they received for operation.

In January, Hyundai Rotem announced that the multi-purpose ground wheeled robots had passed six months of testing and were ready for combat missions. They were tested, including along the demilitarized zone. The robots participated in observation and reconnaissance missions, as well as delivered various cargoes and conducted close combat.

Not only the South Korean military is interested in ground robots. For example, last fall, the US military used such machines as conditional opponents. Robots with M240 machine guns and Javelin anti-tank missiles blocked their way to helicopter pads and blocked roads.