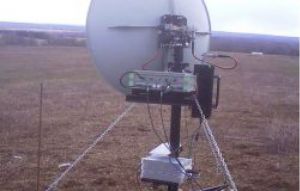 TSAMTO, January 10. The communications units of the Army Corps of the Eastern Military District (VVO), stationed on Sakhalin and the Kuril Islands, received the latest communication systems last year.

As part of the state defense order, new digital communication complexes "Resettler" based on the KamAZ all-terrain vehicle were received for the armament of the army corps of the Air Force in 2021.

Military signalmen of the Army Corps of the VVO also received the latest satellite communication station "Ladya", which provides secure telephone and video conferencing, data transmission and packet exchange in IP networks. Due to its compactness, the "Rook" can work in the tactical link of a company-battalion, as well as for use as personal stations of commanders.

In addition, the latest courier and postal communication stations were put into service with the communications units of the Army Corps of the Air Force. They are designed to deliver official and postal correspondence of various volumes to military units, including to hard-to-reach areas. The base of the KAMAZ -4350 car with a 4x4 wheel formula was used for the station.

The latest communication complexes, which are coming into service with formations and military units of the army corps of the Air Force, allow several times to reduce the time of transmission of information, the press service of the district said in a statement on January 10.