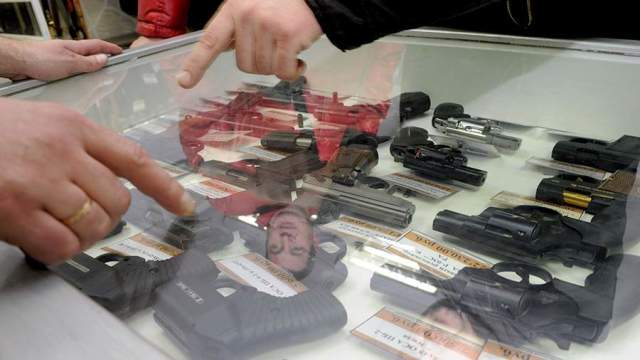 Deputy Chairman of the State Duma Committee on Security and Anti-Corruption Anatoly Vyborny on Tuesday, December 7, commented to Izvestia on the idea to study the issue of banning the free sale of traumatic weapons.


Earlier in the day, Alexander Bashkin, a member of the Federation Council Committee on Constitutional Legislation and state Construction, made such a proposal after reports of a shooting in one of Moscow's MFC, RIA Novosti writes.

The deputy noted that, in general, it is necessary to strive to ensure that weapons are not in the hands of people who are not representatives of professions whose activities are related to weapons, as well as hunters and athletes engaged in shooting. The initiative to introduce a ban on the free sale of traumatic weapons, according to him, requires attention.

"After all, traumat, if it is redone, even traumat can turn out to be a deadly weapon if it is used incorrectly. Such an initiative deserves attention, but requires careful discussion, first of all, with the expert community and law enforcement officers represented by the Rosgvardiya regulator and internal affairs bodies," the parliamentarian stressed.

The elector did not rule out that if the statistics in its analysis reflect that the carrying of such weapons by citizens does more harm than good, then this issue will need to be addressed, including from the point of view of improving legislation in the field of arms trafficking.

The shooting occurred earlier on Tuesday at the MFC branch on the 1st Novokuzminskaya Street in Moscow. As a result of the incident, two people were killed, four more, including a child, were injured. The Mayor of the capital, Sergei Sobyanin, expressed his condolences to the relatives and friends of the victims.

The shooter, according to Izvestia, turned out to be 45-year-old Sergei Glazov. He is currently detained. As it became known, the man started shooting because of a conflict related to a medical mask.


The REN TV channel clarifies that Glazov arrived at the institution on a bicycle with a motor, he had two bags with him, as well as a pistol. The man used a traumatic pistol converted into live ammunition for shooting.

The rights to this material belong to Известия.ru
The material is placed by the copyright holder in the public domain
Страны
Россия
Компании
Росгвардия
Персоны
Собянин Сергей
Проекты
Медицина
Comments [2]
№1