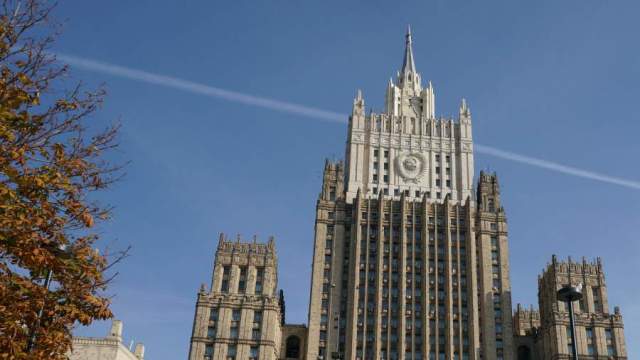 Moscow hopes that there will be those in Germany who are able to keep German Defense Minister Annegret Kramp-Karrenbauer from testing the Russian Armed Forces. This is stated in the comments of the official representative of the Russian Foreign Ministry Maria Zakharova, published on October 25 on the official website of the department.

"German Defense Minister Kramp-Karrenbauer demonstrated disinterest in a serious dialogue with Moscow on de-escalation on the eve of the NATO meeting. She stressed that NATO should show its readiness to use its armed forces against Russia. We hope that there will be reasonable leaders in Germany who are able to keep their defense minister from rashly wanting to test the reliability of our armed forces," she stressed.

At the same time, Zakharova recalled that Russia does not threaten NATO, adding that the steps and statements of the alliance further convince Moscow of the correctness of the decisions taken regarding NATO.

"It is impossible to have a dialogue with those who are ready only for confrontation," the official representative of the Russian Foreign Ministry concluded.

Earlier in the day, it became known that the German military attache was summoned to the Main Directorate of International Military Cooperation of the Russian Ministry of Defense. He was handed a note in connection with the statement of the head of the German Defense Ministry on the containment of the Russian Federation.

On October 21, Kramp-Karrenbauer said that the North Atlantic Alliance should show Russia its readiness to use weapons if necessary. According to her, no state should consider the possibility of attacking the alliance's partners.

According to the minister, Russia allegedly constantly violates the airspace of the Baltic states and in the Black Sea. She believes that special attention should be paid to the protection of these borders.

On the same day, Kramp-Karrenbauer, answering the question whether NATO is thinking about scenarios of deterring Russia for the Baltic and Black Sea regions, including in the airspace with nuclear weapons, said that it is necessary to make it clear to Moscow that Western countries are ready to use such means.

According to military expert Vladislav Shurygin, these statements are ordinary and were made for "domestic consumption". As part of the new defense strategies, Western politicians thus demonstrate that they are ready to confront Russia, he explained.


On October 6, NATO decided to revoke the accreditation of eight employees of the Russian mission to the organization. Now only 10 accreditations are available to Russian diplomats at NATO.

On October 18, Russian Foreign Minister Sergei Lavrov announced retaliatory steps to expel Russian diplomats. He said that Russia is suspending the work of its representative office at the alliance from November 1. In addition, he announced the suspension of the activities of the alliance's military mission in Moscow, as well as the NATO information office at the Embassy of Belgium in the capital of the Russian Federation.