Rostec: the Octopus-SDM1 light tank was dropped from the tower to test its strength 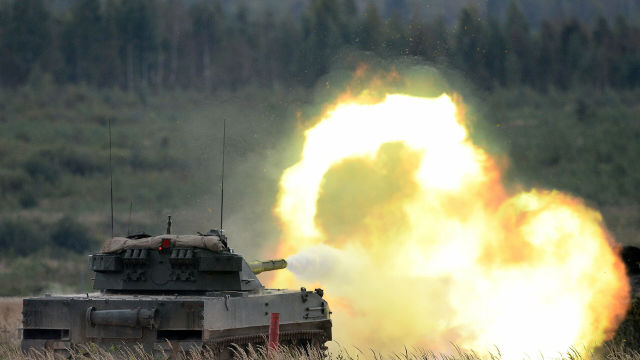 MOSCOW, 14 Sep-RIA Novosti. The modernized self-propelled anti-tank gun "Octopus-SDM1"was dropped from the tower to test the ability of the machine to withstand overload during parachute landing, Rostec told RIA Novosti.

"As part of the drop tests, the capabilities of the machine during parachuting were tested. We created maximum overloads, the Octopus successfully passed the tests, the functionality of none of the systems was affected. The landing was carried out from a special tower, the next step is to drop the car from the plane," said Bekhan Ozdoev, industrial director of the Rostec weapons cluster.

As explained by the developer of the machine – the Volgograd Tractor Plant (as part of the Kurganmashzavod is part of the" High – precision complexes "of Rostec) - as part of the koprov tests, military equipment is dropped from a special tower to simulate landing.

"Currently, a parachute system is being developed for the modernized Octopus . When it is ready, we will conduct real drops of the car from the plane, " Vladimir Budaev, deputy chief designer of the Volgograd Tractor Plant, told RIA Novosti.

Also, as part of the state tests, the Octopus will be transported on the Il-76, An-124 and on the external suspension of the Mi-26 helicopter, he said.

The self-propelled anti-tank gun "Sprut-SDM1" on a tracked chassis was developed and created by PJSC "Kurganmashzavod". The "Octopus" is armed with an artillery and missile system of 125 mm caliber, can be transported by ships and aircraft, and can be landed by landing and parachuting. It develops a speed of 70 kilometers per hour on the highway, while afloat-up to 9 kilometers per hour. The self-propelled gun is also classified as a light tank.