Ukrainian President Zelensky: Kiev has not received a clear position from the United States on joining NATO 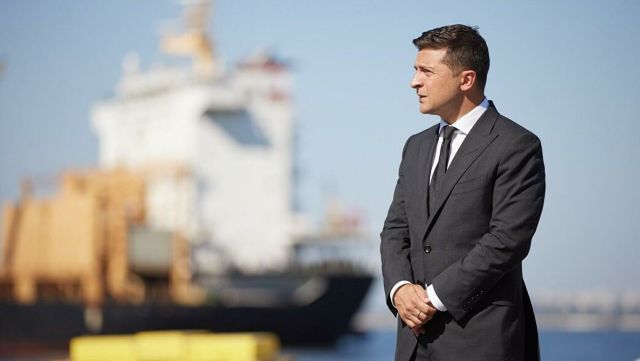 KIEV, 10 Sep-RIA Novosti. Ukrainian President Vladimir Zelensky said that Kiev has not received a direct position from Washington on the country's accession to NATO, but Ukraine can rely on the United States.

"We can (rely on the United States – ed.), because today, it seems to me, our relations are on a different level. Yes, we have not received, I will tell you frankly, a direct position on Ukraine's accession to NATO," Zelensky said during the YES Brainstorming event on Friday, answering the question whether Ukraine can rely on the United States.

At the same time, Zelensky expressed the opinion that Russia will grow stronger if Ukraine is not accepted into NATO.

"I believe that if you want Russia to become stronger, do not take Ukraine (to NATO-ed.). This is not even about a counterweight to Russia. This is an expression, it is so. We see who is powerful, " he added.

Earlier, Zelensky, following a visit to Washington, said that US President Joe Biden, with whom he met on September 1, supports Ukraine's accession to NATO. After that, a joint statement was issued by Washington and Kiev, which includes five areas of cooperation: in the fields of security and defense; democracy, justice and human rights; energy security and climate; economic development and prosperity; countering the pandemic and humanitarian assistance.

The Verkhovna Rada of Ukraine in December 2014 amended two laws, abandoning the non-aligned status of the state. In June 2016, additional amendments were adopted that define the country's foreign policy goal of joining NATO. In February 2019, the Parliament of Ukraine adopted amendments to the constitution, fixing the country's course in the EU and NATO. Ukraine has become the sixth state to receive the status of a NATO partner with expanded capabilities.

Former NATO Secretary General Anders Fogh Rasmussen said earlier that in order to join the alliance, Ukraine will need to achieve a number of criteria, the implementation of which will take a lot of time. Experts believe that Kiev will not be able to apply for membership in NATO in the next 20 years.

The rights to this material belong to РИА Новости
The material is placed by the copyright holder in the public domain
Страны
Россия
США
Украина
Проекты
NATO
Евросоюз
Do you want to leave a comment? Register and/or Log in
Log in via Facebook
The Permanent Representative of the Russian Federation to international organizations in Vienna Ulyanov called the refusal of AUKUS to provide data on the union abnormal
The United States agrees with Stoltenberg on the inadmissibility of Russia's influence in the issue of NATO expansion
In the USA, it was proposed to ban "Solntsepeki" and "Pinocchio"
Putin signed the law on the powers of Roscosmos in the field of infrastructure construction
Korean aircraft carrier "won back" funding
Конфликты: Йемен - "забытая" война
The National Interest (США): российский танк Т-80 — это не шутка
In the USA, they were surprised by the size of the Su-75
Russia will offer India the technology of the Octopus tank
Шойгу счел необходимым построить в России еще несколько крупных городов
The State Duma appreciated the idea of banning the sale of grenades after the shooting at the MFC in Moscow
British military demanded $1.1 million for stuttering after Estonian frosts
Sasapost (Египет): американцы создают самый мощный лазер в истории. Что это значит?
Tank killer: the work of the PTKM-1R anti-roof mine was shown on video
Корпорация "Иркут" до конца 2018 года поставит ВКС РФ более 30 истребителей Су-30СМ
other topics discussed
2006-2021 © ВПК.name. All rights reserved.
When reprinting, link to ВПК.name required.
User agreement.
№ 21-PP in the register of information distributors.
18+
Website hosting: TimeWeb.