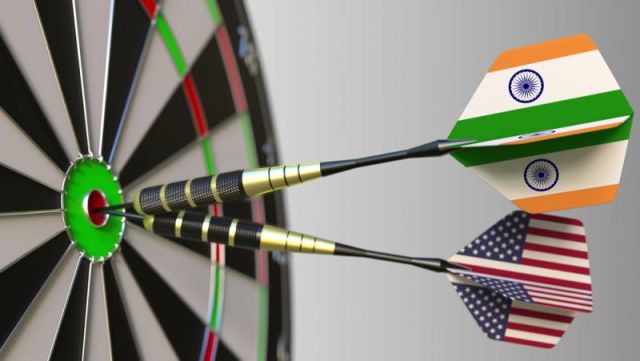 TSAMTO, September 8. On September 3, the Indian Ministry of Defense announced the signing of an agreement with the US Military Department on the joint implementation of the air-based UAV Development project (ALUAV), which took place on July 30, 2021.

The project will be implemented within the framework of the Joint Working Group on Air Systems, formed in accordance with the US-Indian "Initiative for the Development of Defense Technologies and Trade" (Defense Technology and Trade Initiative – DTTI).

The agreement on the creation of ALUAV falls under the Memorandum of Agreement on R & D, Testing and Evaluation (RDT & E), signed by the Ministries of Defense of India and the United States in January 2006 and extended in January 2015. As stated, the agreement is a significant step towards deepening cooperation between the two countries in the field of defense technologies through the joint development of air defense systems.

The main objective of DTTI is to facilitate the exchange of technologies and create opportunities for joint production and joint development of technologies for the armed forces of India and the United States. Within the framework of the DTTI, joint working groups on land, naval, air and aircraft carrier technologies were established to implement projects in the relevant areas. The agreement on the joint development of ALUAV will be monitored by the Joint Working Group on Air Systems.

The signed agreement provides for cooperation between the US Air Force Research Laboratory, the Indian Air Force and the Defense Research and Development Organization (DRDO) of the Ministry of Defense of India in the field of design, development, demonstration, testing and evaluation in the joint development of the ALUAV prototype.

The details of the project have not yet been disclosed. The main organizations implementing the agreement are the ADE Institute of Aircraft Engineering (Aeronautical Development Establishment) in DRDO and the Office of Aerospace Systems of the US Air Force Research Laboratory (AFRL), as well as the Indian and US Air Force Commands.