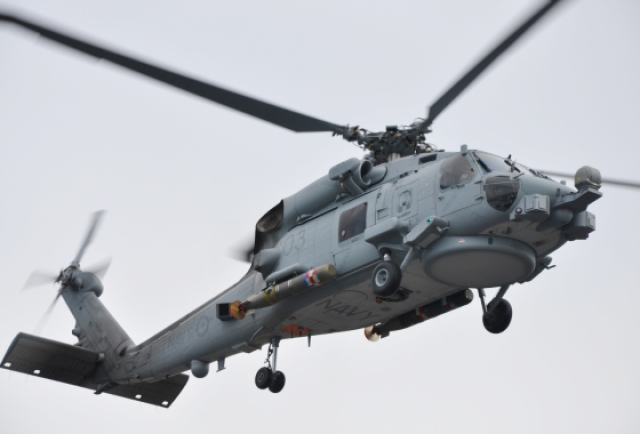 TSAMTO, September 7. On September 3, the US Department of Defense announced the signing of the US Navy Aviation Systems Command with Lockheed Martin Corp. an additional contract for MH-60R helicopters for the Indian Navy.

The contract provides for the execution of works at the 2nd stage of design and development of hardware and software for creating an individual configuration of the MH-60R helicopter in accordance with the requirements of the Indian Navy.

The value of the agreement signed within the framework of the "Foreign Military Sales" program is $ 208,114 million. The work will be carried out in Ovego (pcs.New York, 81%) and Bradford (pcs.Connecticut, 19%) and is expected to be completed in September 2027.

As reported by TSAMTO, in April 2019, the US State Department approved the supply of 24 MH-60R multi-purpose marine helicopters, as well as other related equipment, weapons and services worth a total of $ 2.6 billion to India under the Foreign Military Sales Program (FMS).

In February 2020, India and the United States signed an agreement on the supply of 24 MH-60R "Seahawk" helicopters under the FMS program, which can be used for anti-submarine and anti-ship defense. As expected, the first six vehicles will be delivered to the Indian Navy in 2021.

To speed up the process of adopting helicopters for the Indian Navy, in agreement with the US Navy command, Lockheed Martin has committed to transfer three new MH-60RS, which were originally intended for the US Navy, for training Indian specialists (the US Navy will receive cars instead of those transferred later).

In May 2020, the US Navy signed the first contract with Lockheed Martin Corporation worth $ 904.8 million for the supply of three MH-60R "Seahawk" for the US Navy and 21 MH-60R for the government of India. In July 2020, the parties signed a basic contract for the modification of three MH-60RS to the configuration of the Indian Navy. The ordered helicopters will be made in the latest configuration developed for Saudi Arabia, with additional modifications for the Indian Armed Forces.

The first pair of MH-60R " Seahawk "was transferred to the command of the Indian Navy at the US Naval Base" San Diego " (California) on July 16, 2021.