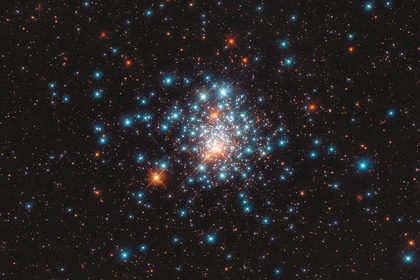 Roscosmos and the Japan Aerospace Exploration Agency (JAXA) have signed an agreement on the creation of the Spektr-UV ultraviolet space observatory. Mikhail Sachkov, Deputy Director of the Institute of Astronomy of the Russian Academy of Sciences, told RIA Novosti about this in an interview.

According to Sachkov, since 2021, Japan has been a full participant in the project. The parties agreed to manufacture a spectrograph for studying the atmospheres of exoplanets.

The "World Space Observatory-Ultraviolet" is designed for observing cosmic bodies in a part of the ultraviolet spectrum inaccessible to ground-based telescopes. In terms of its capabilities, it is close to the American Hubble Space Telescope ("Hubble"). With its help, scientists will study the physical processes in the early Universe: the formation of stars, the evolution of galaxies, the processes of falling matter into black holes, and much more.

The telescope will be equipped with a mirror with a diameter of 1.7 meters, as well as high-and low-resolution spectrographs. They will allow you to get high-quality images in the ultraviolet range. The first flight of the Spectrum-UV is planned to be made no earlier than 2025, the device will go into space from the Vostochny cosmodrome.