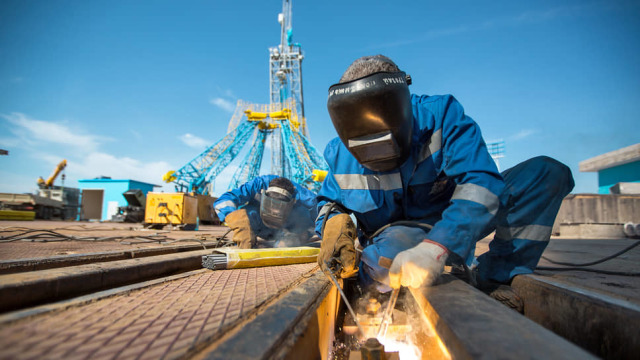 According to the head of Roscosmos Dmitry Rogozin, construction work at the facilities will be completed in 2022, after that, technologists will start working

VOSTOCHNY COSMODROME, September 4. /TASS/. Russian President Vladimir Putin got acquainted with the construction of the second stage of the Vostochny cosmodrome. The Head of State arrived in the Amur Region on Friday evening (Saturday night local time) after participating in the Eastern Economic Forum in Primorye.

Putin inspected the command post and the construction site of the launch complex for the Angara launch vehicles. The head of Roscosmos, Dmitry Rogozin, demonstrated to Putin the device of the launch table for the Angara on a mock-up and told about the work that will need to be done to implement the lunar program. According to Rogozin, construction work at the facilities will be completed in 2022, after that, Roscosmos technologists will start working here and autonomous, and then complex tests of all cosmodrome systems will begin.

Putin got acquainted with the models of various modifications of the Angara launch vehicle, the layout of the Eagle spacecraft, which is manufactured by RSC Energia. Rogozin also presented a transport and energy module developed jointly with Rosatom. "Space nuclear power is the only real opportunity today to move [in space] instead of chemical engines, like an interplanetary tug. By 2030, we will bring it to a height of at least 800 km from here - we will have the entire infrastructure created. This is the safest height for turning on a nuclear reactor, " the head of Roscosmos explained.

At the stands, Rogozin spoke about the construction of a new airport complex on Vostochny, and also showed how the terminal will look like, which will appear at the cosmodrome a little later. The head of Roscosmos showed Putin a mock-up of the already operating first stage of the cosmodrome. "I invite you to the launch - any one. This year we have conducted five launches, the sixth launch this year will be on October 14, " the head of Roscosmos said. According to him, the Soyuz-2 in the upgraded version "will fly for another 9-10 years for sure," and a reusable rocket will replace it.

Vostochny is the first Russian civilian cosmodrome, it is located in the Amur region near Tsiolkovsky (the city appeared in 2015 on the site of the former village of Uglegorsk). The decree on the creation of the cosmodrome was signed by the President of the Russian Federation in 2007. As part of the first stage of construction in 2012-2016, a universal launch complex for Soyuz-2 series launch vehicles was built here.