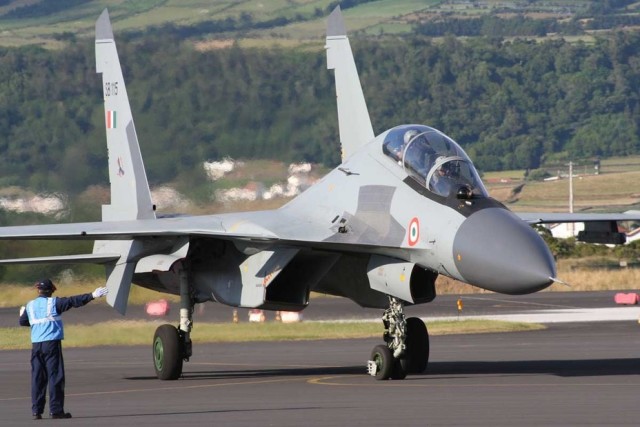 The Japanese Self-Defense Forces will have access to the data of this Russian-designed fighter during joint training with the pilots of the Indian Su-30MKI, the Polish portal Defence24 writes .

The publication writes that the relevant training should take place at the end of 2021 at one of the bases in Japan. The publication claims that the purpose of the Japanese side is to track such characteristics of the Su-30MKI as flight range, fuel consumption, maneuverability, ways to maintain the fighter in operation and the time required to prepare the machine for flight.

"The radar signatures of the Su-30 at different angles of attack will also be studied, and Japanese pilots should also be allowed to fly at least as passengers of a two-seat Su — 30MKI," the newspaper writes.

Defence24 notes that the Su-30, on the basis of which the Su-30MKI were created, is available not only to Russia, but also to China. "Therefore, a better understanding of this design is crucial for the Japanese and is much more important than the air cooperation conducted since 2018 between the Indian and Japanese aviation," the publication says.

In August, the Defence24 portal wrote that the Russian Air Force is in "the last moment before the great regression." "The Air Force of the Russian Federation continues to be the second largest air force in the world, but every year their positions are becoming weaker. Hundreds of aircraft inherited from the Soviet Union will inevitably be forced to cease service, and nothing will replace them. For financial and technical reasons, as well as due to the weakness of the Russian industry," the publication said.

The rights to this material belong to Lenta.ru
The material is placed by the copyright holder in the public domain
Страны
Индия
Китай
Польша
Россия
Япония
Продукция
Су-30
Су-30МК
Do you want to leave a comment? Register and/or Log in
Log in via Facebook
The United States agrees with Stoltenberg on the inadmissibility of Russia's influence in the issue of NATO expansion
In the USA, they were surprised by the size of the Su-75
The Permanent Representative of the Russian Federation to international organizations in Vienna Ulyanov called the refusal of AUKUS to provide data on the union abnormal
The National Interest (США): российский танк Т-80 — это не шутка
Korean aircraft carrier "won back" funding
Шойгу счел необходимым построить в России еще несколько крупных городов
The State Duma appreciated the idea of banning the sale of grenades after the shooting at the MFC in Moscow
British military demanded $1.1 million for stuttering after Estonian frosts
Sasapost (Египет): американцы создают самый мощный лазер в истории. Что это значит?
Tank killer: the work of the PTKM-1R anti-roof mine was shown on video
Корпорация "Иркут" до конца 2018 года поставит ВКС РФ более 30 истребителей Су-30СМ
Как России зарабатывать больше на продаже вооружений
Putin signed the law on the powers of Roscosmos in the field of infrastructure construction
In the USA, they called the advantages of the Russian "Sun"
Американский эксперт назвал пять мощнейших российских танков
other topics discussed
2006-2021 © ВПК.name. All rights reserved.
When reprinting, link to ВПК.name required.
User agreement.
№ 21-PP in the register of information distributors.
18+
Website hosting: TimeWeb.