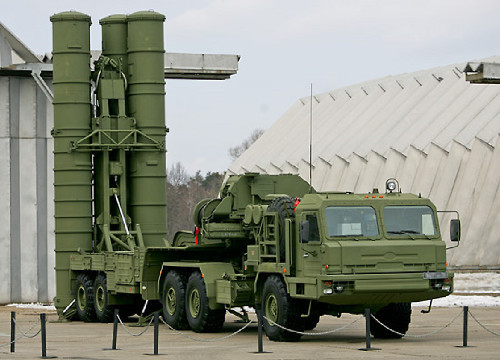 "We have no doubt that we will buy a second S-400 regiment in Russia," Erdogan told reporters on Sunday.

According to the Turkish president, all the details will be discussed during his visit to Russia.

On August 25, the head of the Federal Service for Military-Technical Cooperation, Dmitry Shugaev, said that negotiations with Turkey on a new contract for the S-400 are in the final stage.

"Negotiations with the Turkish side are at the final stage. We expect to complete the coordination of all issues in the near future, " Shugaev told reporters at the Army 2021 forum.

Earlier in the day, the head of Rosoboronexport, Alexander Mikheev, said that a contract for the supply of an additional batch of S-400 air defense systems to Turkey could be signed this year.

On August 23, answering a question from Interfax at the Army military-technical forum about a new contract for the supply of an additional batch of S-400 to Turkey, Mikheev said: "As for the S-400 complex, consultations are continuing. I think that we are already at the final stage, and in the near future we will start drafting and signing a contract with our partners."

As Interfax reported, Turkey bought four divisions of S-400 air defense systems from Russia at a cost of $2.5 billion. On October 23, 2019, Rosoboronexport announced that Russia had fulfilled this contract ahead of schedule by supplying Turkey with all elements of the S-400 systems, including missiles. The head of Rostec, Sergey Chemezov, said earlier that Turkey had paid for the S-400.

In an interview with Interfax in March 2020, Shugaev said that Russia expects to agree on the supply of an additional batch of S-400 to Turkey in the foreseeable future. The contract with Turkey for the S-400 doppler can be signed in 2021, Chemezov told Interfax in August last year.