Within the framework of the Army-2021 forum, the interaction of authorities and state corporations at the technopolis ERA site was discussed 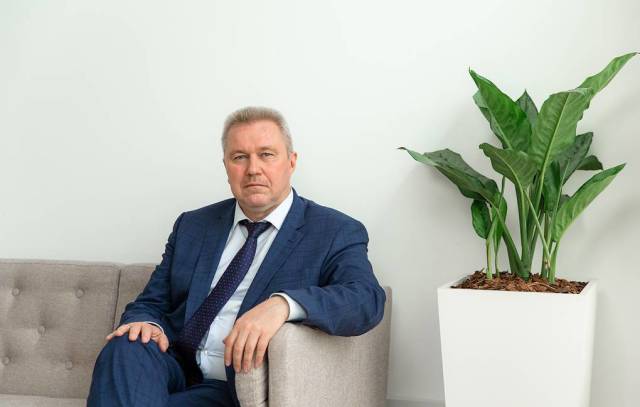 TSAMTO, August 26. During the Army-2021 forum, representatives of the Ministry of Defense, the Ministry of Education and Science of Russia and cooperating organizations discussed the creation of a model of interaction in joint research works on the basis of the Military Innovative Technopolis "ERA".

The round table was held on the platform of the Discussion Club as part of the scientific and business program. Its participants discussed the proposed model of cooperation in the interests of the development of technopolis as an integrated platform for creating a scientific and technological reserve. The list of necessary areas of cooperation in joint scientific and applied research on the creation of weapons, military and special equipment, dual-use products was considered.

The discussion was led by Mikhail Osyko, a member of the Board of the Military-Industrial Commission of the Russian Federation. The report was made by the acting head of the Main Department of Research Activities of the Russian Defense Ministry, Major General Dmitry Gorbatenko.

"To date, employees of testing laboratories, research departments and operators of scientific companies of technopolis" ERA " have completed more than 50 projects. The results obtained demonstrate a high scientific and technical level of development, " D. Gorbatenko noted.

"I hope that today, during the discussion of the draft of the proposed model, we will develop a common understanding of conducting joint scientific and applied research," the Major General concluded.

In addition, the event discussed the mechanisms and approaches to quoting funds for conducting research at the VIT "ERA" site. The implementation of the considered model will allow organizations participating in joint activities to get the opportunity to solve personnel issues through the selection and employment of retired operators of scientific companies.

The rights to this material belong to ЦАМТО
The material is placed by the copyright holder in the public domain
Страны
Россия
Компании
ВПК РФ
Минoбороны РФ
Проекты
АРМИ-20XX
Научная рота
Do you want to leave a comment? Register and/or Log in
Log in via Facebook
The Permanent Representative of the Russian Federation to international organizations in Vienna Ulyanov called the refusal of AUKUS to provide data on the union abnormal
In the USA, they were surprised by the size of the Su-75
The United States agrees with Stoltenberg on the inadmissibility of Russia's influence in the issue of NATO expansion
In the USA, it was proposed to ban "Solntsepeki" and "Pinocchio"
Putin signed the law on the powers of Roscosmos in the field of infrastructure construction
Korean aircraft carrier "won back" funding
Конфликты: Йемен - "забытая" война
The National Interest (США): российский танк Т-80 — это не шутка
Russia will offer India the technology of the Octopus tank
Шойгу счел необходимым построить в России еще несколько крупных городов
The State Duma appreciated the idea of banning the sale of grenades after the shooting at the MFC in Moscow
British military demanded $1.1 million for stuttering after Estonian frosts
Sasapost (Египет): американцы создают самый мощный лазер в истории. Что это значит?
Tank killer: the work of the PTKM-1R anti-roof mine was shown on video
Корпорация "Иркут" до конца 2018 года поставит ВКС РФ более 30 истребителей Су-30СМ
other topics discussed
2006-2021 © ВПК.name. All rights reserved.
When reprinting, link to ВПК.name required.
User agreement.
№ 21-PP in the register of information distributors.
18+
Website hosting: TimeWeb.