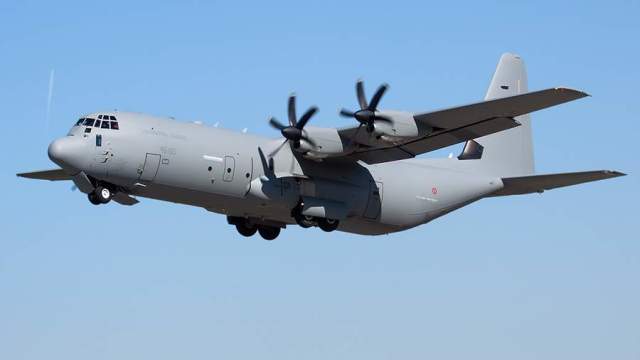 An Italian Air Force plane involved in the evacuation of citizens from Afghanistan came under fire at the Kabul airport. This was announced on Thursday, August 26, according to the Italian newspaper La Stampa.

It is alleged that the shooting at the C-130J transport aircraft was carried out immediately after its takeoff. According to preliminary data, the shelling was carried out from a heavy automatic gun from positions that were located outside the airport or on a nearby hill.

There were journalists and 98 civilians on board at the time of the incident. Previously, no one was injured. As noted, a female pilot, an officer of the Italian Air Force was able to quickly perform an emergency maneuver that takes the C-130J away from the shelling.

At the same time, the Rai News 24 TV channel, citing sources in the special services of the republic, reported that the shots were not directed against an Italian military aircraft.

The aircraft has already landed in Kuwait, from there its passengers will be transported by a new board to Italy.

The situation at the Kabul airport remains unstable. Periodically, there are reports of shooting, wounded and other incidents.

Earlier in the day, British Deputy Defense Minister James Hippy said that a terrorist attack could soon occur at the Kabul airport, because of its threat, Western countries are curtailing the evacuation of citizens from the Afghan capital.

Also on Thursday, the United States recommended that Americans and green card holders pass through special collection points to the Kabul airport, and not try to get into it directly.

On August 25, US Secretary of State Anthony Blinken noted Washington's intention to continue the evacuation of American citizens even after the August 31 deadline for the withdrawal of the military. He added that at the moment, the United States has removed 4.5 thousand out of 6 thousand people who expressed a desire to leave the Afghan territory. Nevertheless, Pentagon spokesman John Kirby stressed that as the 31st approaches, the United States will give priority to the export of its military personnel and military equipment.

The Taliban (the movement is recognized as a terrorist and banned in the Russian Federation) has ordered the United States to withdraw troops from Afghanistan by August 31. The militants ruled out the possibility of providing additional time to continue the operation, threatening "consequences" in case of non-compliance with the deadlines.


On August 15, the Taliban entered Kabul, then declared the "end of the war" in Afghanistan, calling it the "liberation" of the country, and raised the flag over the presidential palace. During the talks, the Taliban declared their unwillingness to form a coalition government. The type of power and the form of government will be determined in the near future. Afghan President Ashraf Ghani resigned on August 15 and left the country.