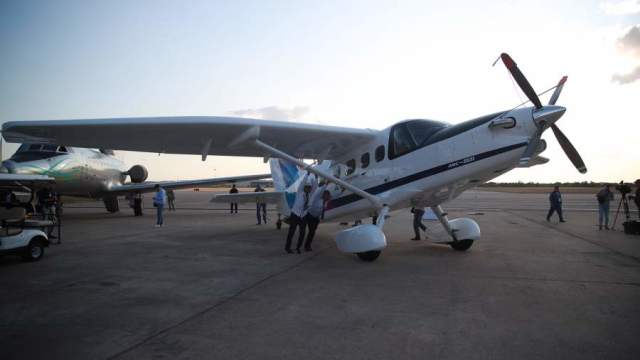 The Baikal light aircraft, which is to be replaced by the An-2 cornhusker, is planned to be lifted into the air in October. This was announced on Thursday, August 26, at a meeting in Volgograd, Deputy Minister of Industry and Trade of Russia Oleg Bocharov.

The meeting was devoted to the development of small aircraft.

"According to our plan, the plane will be lifted into the air at the end of October. All regional airlines will be allowed to view, " Bocharov said.

He clarified that the approved plan assumes an increase in the annual production of up to 30 Baikal aircraft by 2024. According to the deputy minister, in the future, the production will be increased to 50 aircraft per year.

In July, the head of the Ministry of Industry and Trade of Russia, Denis Manturov, said that Baikal is planned to be retrofitted with an electric motor. Deliveries of the aircraft should begin in 2023.

In turn, Deputy Prime Minister of the Russian Federation Yuri Trutnev said on February 11 that Baikal aircraft will become the main ones in the fleet of the new Far Eastern airline.

In December 2020, the executive director of the agency "Aviport" Oleg Panteleev said that one of the key problems of the An-2 aircraft is that it uses aviation gasoline as fuel. The Baikal, which is being prepared to replace it, runs on aviation kerosene, the expert noted.

Russian President Vladimir Putin said that a prototype of the Baikal — a new passenger aircraft with nine seats, which is designed to replace the outdated An-2 aircraft, should be ready in the country in 2021.