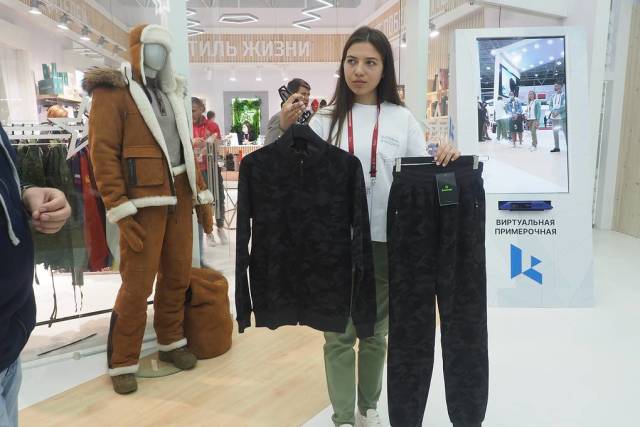 KUBINKA /Moscow region/, August 23. /TASS/. The fur suit of Russian President Vladimir Putin, in which he rested in Tuva this year, can be tried on in the virtual fitting room at the Voentorg stand at the International Military-Technical Forum "Army-2021". This was reported to TASS by the general Director of JSC "Voentorg" Vladimir Pavlov.

As a TASS correspondent reports, Putin's suit made of natural sheepskin is designed for winter pastime in the taiga.

"This is a unique suit made of natural sheepskin. The hood is trimmed with raccoon fur. Raccoon is the only fur that does not undergo the formation of frost when breathing in the cold. The suit is made especially for the taiga, for temperatures-30-40 degrees. On the one hand, it is warm in it, and secondly, it is very light, very comfortable, does not restrict any movements," Vladimir Pavlov, General Director of Voentorg JSC, told TASS.

According to him, the suit is designed for hunting, photo hunting and hiking in the forest.

"In addition to it, we made gloves and a hat and a bag from the same material," Pavlov noted.

According to him, the suit is not put into mass production and is sewn to order. "This model can be used for both men and women. This is the only thing in our store that is not sold ready-made. Measurements are taken, and it is sewn to order. We do not make it in mass production for several reasons. Firstly, this is an expensive product, and secondly, it is certainly pleasant for a person to get an individual thing when he pays serious money. This is a piece product, you can't take it anywhere else, " explained the general director of Voentorg.