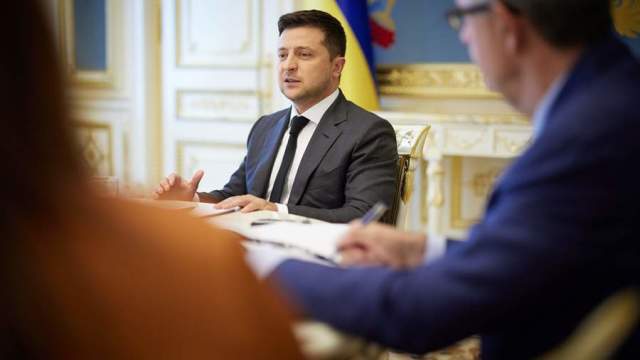 President of Ukraine Volodymyr Zelensky said that Kiev is upset by the refusal of the parties belonging to the ruling coalition of Germany to supply defensive weapons to the country. This was announced on Friday, August 20, according to the publication Top War.

"We welcomed Habek's demands (co-chairman of the Green Party of Germany Robert Habek. - Ed.) on the supply of weapons to Ukraine. And we are a little sad that we did not receive the same support from the ruling parties," Zelensky said.

He added that Kiev expects help from Berlin in equipping the navy. Ukraine also expects that Germany "will be a partner of Ukraine in a technical sense," Zelensky added.

By the ruling parties, the Ukrainian leader meant the bloc of Christian Democratic and Christian Social Unions, as well as the Social Democratic Party of Germany.

It is noted that in the spring Habek visited Ukraine. Then he advocated the sale of defensive weapons to Kiev.

Earlier in the day, Zelensky spoke about plans to implement a three-stage program for the development of the Navy in the country by 2035. According to him, an appropriate infrastructure is being created in the country, including small submarines, corvettes and military boats. The final stage of the program involves the construction of a powerful fleet in the Black and Azov Seas.