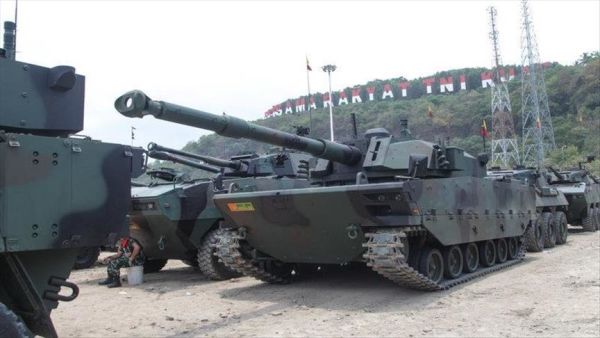 TSAMTO, August 19. The Turkish company FNSS, within the framework of the IDEF-2021 defense exhibition in Istanbul (August 17-20), presented a serial version of the Kaplan MT medium tank, developed for the Indonesian army as a launch customer.

According to Shephard, the Kaplan MT tank presented at the IDEF-2021 exhibition (in the Indonesian army it has the designation "Harimau"; Harimau) has a number of differences from the original prototype, including a redesigned interface and a relocated driver's seat.

According to the terms of the contract with FNSS, the Indonesian company PT Pindad will produce most of the tanks under license. Indonesia expects to receive the first batch of 18 Harimau medium tanks by the end of 2021. In 2022, 52 more cars will be purchased, in 2023 – 19 units. and in 2024 – 17 units.

The Kaplan MT is the first Turkish-designed medium tank to be exported, and the first product created under the agreement on cooperation between Indonesia and Turkey in the defense industry.

The Harimau/Kaplan MT medium tank is designed in accordance with the requirements of the Indonesian Armed Forces and is designed to support combat operations in the difficult terrain of the country. The tank weighing 32-35 tons is equipped with a Caterpillar C13 diesel engine with a capacity of 711 hp, an Allison/Caterpillar X300 automatic transmission, and a crew of 3 people. The maximum speed on the highway is 70 km / h, the fuel reserve is 450 km. It is stated that "Harimau" is able to overcome vertical obstacles with a height of 0.9 m, a moat with a width of 2.2 m, water obstacles with a depth of 1.2 m fording.

The tank is equipped with a CMI-3105HP "3105 Series" turret from CMI Defense with a 105-mm cannon and a 7.62-mm machine gun paired with it. The gun is equipped with a drum-type automatic loader for 12 shots, another 30 shots are located in the body of the machine. The gun and turret guidance drives are electric. All 105-mm tank ammunition that meets NATO standards can be used for shooting.

According to FNSS, the Kaplan MT provides "excellent" firepower and a high level of protection for the crew from small arms fire and mine explosions. The vehicle is equipped with a computerized fire control system, stabilized daytime / thermal imaging sights of the commander and gunner, combat control systems, fire extinguishing, RCB protection and warning about laser irradiation, PU smoke grenades. The tank can be operated at various heights, in conditions of high humidity and at temperatures from -18 to +55 degrees C.