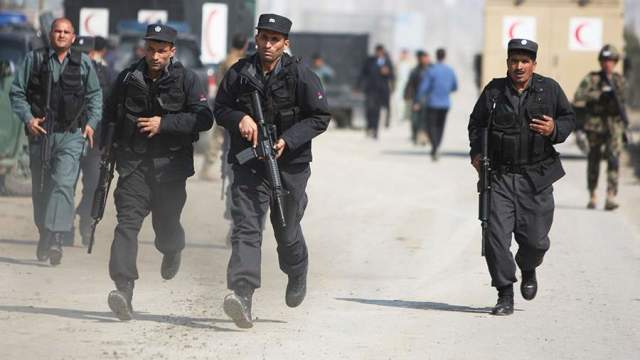 US intelligence allowed the fall of the Afghan government towards the end of this year, but there was no consensus on this. At the same time, no one foresaw that the army of this country would collapse so soon, US President Joe Biden said in an interview with ABC News on Wednesday, August 18.

"I think there was no consensus... They said it was (the fall of the government in Afghanistan. - Ed.) more likely by the end of the year, " the head of the White House said.

The American authorities admitted that they were taken by surprise by the speed with which the Taliban movement (recognized as a terrorist and banned in the Russian Federation) came to power in the country in the absence of resistance from the Afghan army.

At the same time, no one expected that the Afghan army would collapse so quickly, Biden stressed.

"The scenario in which the power [in Afghanistan] would pass to the representatives of the Taliban movement was based on the idea that somehow the 300-thousand army that we trained and equipped would collapse and surrender. I don't think anyone foresaw this," Biden said.

In the same interview, the American leader said about the difficulties with the evacuation of local residents of Afghanistan, who helped the Americans at the time of their presence in this country. According to him, the Taliban are cooperating with the United States in the export of Americans from the Asian country.

In addition, Biden acknowledged the contribution of former US President Donald Trump in the absence of Taliban attacks on the US military. He noted that a year earlier, Trump had agreed with representatives of the movement that [American] troops would be withdrawn by May 1, and there would be no attacks during their withdrawal.

On August 15, the Taliban entered Kabul, after which they declared the "end of the war" in Afghanistan. They intend to announce the creation of the Islamic Emirate of Afghanistan, and also demanded the withdrawal of foreign troops from the country. In turn, President Ashraf Ghani resigned and left the country.

The next day, in response to criticism of the decision to withdraw the US military from Afghanistan, American President Joe Biden said that he did not regret it. He stressed that there was no better moment for the withdrawal of the military contingent from Afghanistan, and a refusal would mean an escalation of the conflict.

The rights to this material belong to Известия.ru
The material is placed by the copyright holder in the public domain
Страны
Афганистан
США
Персоны
Трамп Дональд
Do you want to leave a comment? Register and/or Log in
Log in via Facebook
The Permanent Representative of the Russian Federation to international organizations in Vienna Ulyanov called the refusal of AUKUS to provide data on the union abnormal
The United States agrees with Stoltenberg on the inadmissibility of Russia's influence in the issue of NATO expansion
In the USA, it was proposed to ban "Solntsepeki" and "Pinocchio"
Putin signed the law on the powers of Roscosmos in the field of infrastructure construction
Korean aircraft carrier "won back" funding
Конфликты: Йемен - "забытая" война
The National Interest (США): российский танк Т-80 — это не шутка
In the USA, they were surprised by the size of the Su-75
Russia will offer India the technology of the Octopus tank
Шойгу счел необходимым построить в России еще несколько крупных городов
The State Duma appreciated the idea of banning the sale of grenades after the shooting at the MFC in Moscow
British military demanded $1.1 million for stuttering after Estonian frosts
Sasapost (Египет): американцы создают самый мощный лазер в истории. Что это значит?
Tank killer: the work of the PTKM-1R anti-roof mine was shown on video
Корпорация "Иркут" до конца 2018 года поставит ВКС РФ более 30 истребителей Су-30СМ
other topics discussed
2006-2021 © ВПК.name. All rights reserved.
When reprinting, link to ВПК.name required.
User agreement.
№ 21-PP in the register of information distributors.
18+
Website hosting: TimeWeb.