The British will create a 90-seat hydrogen airliner 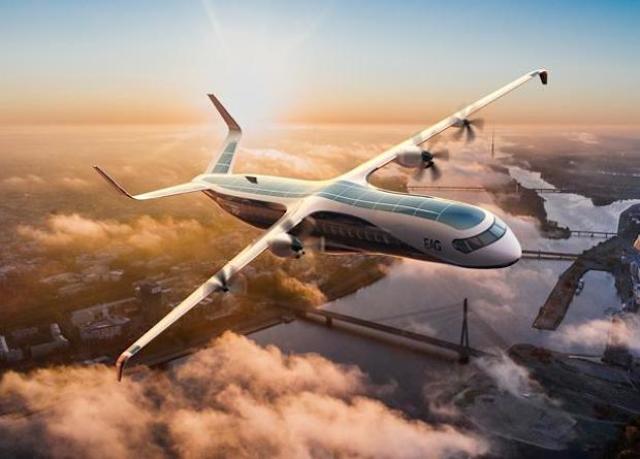 The British company Electric Aviation Group has decided that its promising eco-friendly regional aircraft will be hydrogen-powered. According to the original project, it was supposed to become a hybrid. According to Flightglobal, changes in the architecture of the aircraft affected the schedule of its development. The start of operation of the 90-seat liner is scheduled for 2030.

The propulsion system of hydrogen-powered aircraft is more complex than that of fully electric ones. They are driven by electric motors that are powered by a fuel cell, connecting hydrogen with oxygen on the go. During this, only water is released, so they are considered environmentally neutral. The problem is that for long-range flights, hydrogen aircraft need a lot of liquid fuel. If you install containers with it inside the fuselage, this reduces the number of seats. And if a tank with liquid hydrogen is placed on an external suspension, this leads to an increase in the maximum take-off weight and drag of the aircraft.

Electric Aviation Group last year presented a project of a hybrid 70-seat aircraft. This is a high-wing aircraft with an elongated wing and two keels located on the ends of the horizontal tail. The aircraft was to receive four electric motors, two of which — with propellers of increased diameter. At the same time, its design assumed the possibility of converting into a fully electric version — in case batteries with a higher specific capacity were invented in the future.

Having studied alternative solutions for the propulsion system of a promising aircraft, Electric Aviation Group made a choice in favor of a hydrogen fuel cell power plant. Now it is going to create a hydrogen liner H2ERA, designed for 90-100 passengers. The aircraft will fly at a cruising speed of 666 kilometers per hour, and its minimum range will be 2.2 thousand kilometers.

The company did not make a final decision about the H2ERA configuration. She is still investigating how many power plants the aircraft should have and where they should be better positioned. Nevertheless, the founder of the Electric Aviation Group, Kamran Iqbal, says that the appearance of the liner is unlikely to change much. The company does not disclose what power will be required for a promising hydrogen aircraft. The Dash 8-400, comparable in size, is equipped with two PW150A turboprop engines. The power of each of them is 3620 kilowatts.

Changes in the architecture of the aircraft led to shifts in the schedule of its development. Now the start of its operation is planned for 2030, and not for 2028. The technology demonstrator is scheduled to take off for the first time in 2026.

Several companies are currently engaged in the development of hydrogen passenger aircraft. For example, the German H2Fly and Deutsche Aircraft are planning to create a 40-seat hydrogen airliner, and the British-American ZeroAvia — a 50-seat one.