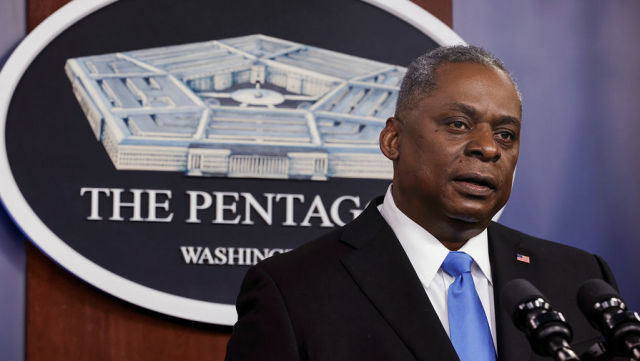 Washington. August 6. INTERFAX-US Defense Secretary Lloyd Austin and Israeli Defense Minister Beni Ganz discussed the incident with the Mercer Street tanker in the Ottoman Gulf, which killed two people, according to a statement issued by the Pentagon on Friday.

"Today, Defense Secretary Lloyd Austin spoke with Israeli Defense Minister Beni Ganz about the Iranian attack on the Mercer Street tanker on July 29, as a result of which two innocent people were killed," it says.

The sides " expressed concern about the proliferation and use of combat unmanned aerial vehicles by Iran throughout the region and pledged to continue close cooperation in the field of regional security."

"They agreed to work together with allies and partners to condemn Iran's aggression that undermines freedom of navigation, and exchanged views on the next steps," the statement says.

Last week, the Japanese tanker Mercer Street, traveling without cargo from Dar es Salaam to Fujairah, was attacked in the northern Indian Ocean. As a result, two crew members were killed - a British citizen and a Romanian citizen.

On August 1, Israeli Prime Minister Naftali Bennett said that Iran was responsible for the attack on the tanker. The same position was taken by the United States and Great Britain.