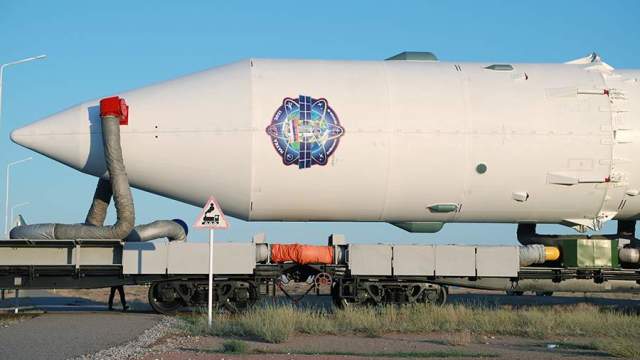 During the flight of the Russian module "Science" to the International Space Station (ISS), several problems arose. On July 28, the European Space Agency (ESA) told about this, noting that now the nuances have been eliminated.

So, the ESA reported that after the disclosure of the solar panels and antennas of the module, the Moscow Mission Control Center (MCC) lost telemetry with "Science".

"The failure was recorded when the module did not perform the first engine activation aimed at raising its orbit. < ... > The uncertainty was increased by troubleshooting the Kurs approach system on Nauka, " the report says, quoted by RIA Novosti.

At the same time, ESA noted that there are guarantees that the module will be able to reach the station independently, relying only on its own systems.

Earlier, on July 26, it was reported that Russia undocked the Pirs module from the Zvezda module on the ISS.

"Pier" has made room for the multifunctional laboratory module "Science", which was launched from the Baikonur cosmodrome on July 21 and put into low-Earth orbit. At the same time, it was reported that telemetry was temporarily lost at the station in Barnaul during the launch of "Science".

According to official data of Roscosmos, the docking is scheduled for July 29.

Due to the "Science", the area of the Russian segment of the station will increase. In addition, workplaces with universal mounts for scientific equipment will be assembled, which will allow you to easily change the equipment necessary for experiments.

The Nauka module began to be built in the Khrunichev Center in 1995 as a ground backup of the first module of the ISS Zarya, while the Pirs module was launched and docked to the ISS in 2001. It was used for crew spacewalks from the Russian segment of the station.

The rights to this material belong to Известия.ru
The material is placed by the copyright holder in the public domain
Страны
Россия
Компании
ESA (ЕКА)
Роскосмос
Проекты
Байконур
МКС
Comments [1]
№1