China calls on Russia to defend itself in space 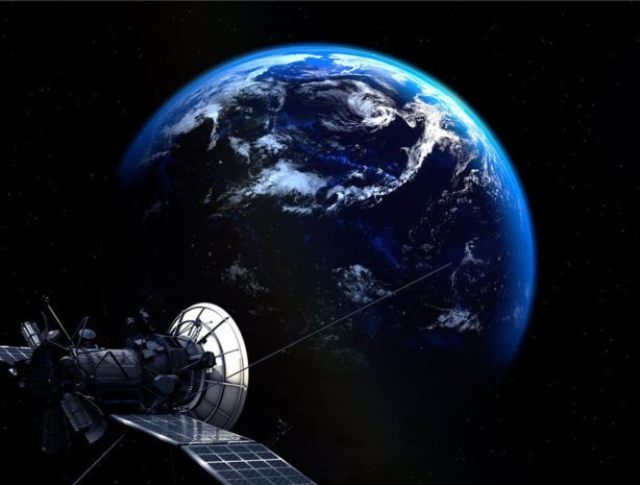 China and Russia should respond decisively to the involvement of the United States of outer space in the military confrontation of major powers and resist the creation by the Americans, together with their allies, of an improved radar facility for deep space (Deep Space Advanced Radar Capability, DARC).

Such a call was published in the Chinese newspaper "Huanqiu Shibao".

According to American and British media reports, the editorial article of "Huanqiu Shibao" says, the United States is preparing to create a new DARC radar complex. For this project, it is planned to build radar stations in Texas, Great Britain and Australia. Among them, about 16 large satellite antennas with a diameter of 15 meters are going to be placed at the base in the United Kingdom. These radars will be able to detect a target the size of a football in deep space at a distance of 36 thousand km. According to American and British military officials, DARC is necessary for the "security of space".

"To make this reason seem more reasonable, they accused China and Russia of conducting "irresponsible and reckless" tests of anti-satellite weapons in space and said that they need to understand what is happening in the darkest corners of outer space," the newspaper quotes Eadaily.

In her opinion, this is a serious step that can further change the direction of global military rivalry. It is noted that "the main goal of the United States and its allies in the development of DARC, obviously, is to prepare for this war and deter China and Russia."

"Beijing and Moscow should resolutely oppose such involvement of outer space in the military confrontation of major powers and resist the creation of DARC by the United States and its allies. Both countries should expose the shameless practice of the United States to further escalate a potential space war, motivating this by protecting against threats from China and Russia. If the United States insists on its own, China and Russia will have to take appropriate countermeasures and ensure that America's reckless plan ends in strategic failure, " the publication emphasizes.

At the same time, China draws attention to the fact that the establishment of space hegemony for the United States is much more difficult than the implementation of hegemony on land and at sea.

The rights to this material belong to Военно-промышленный курьер
The material is placed by the copyright holder in the public domain
Страны
Австpалия
Великобритания
Китай
Россия
США
Do you want to leave a comment? Register and/or Log in
Log in via Facebook
The United States agrees with Stoltenberg on the inadmissibility of Russia's influence in the issue of NATO expansion
In the USA, they were surprised by the size of the Su-75
The Permanent Representative of the Russian Federation to international organizations in Vienna Ulyanov called the refusal of AUKUS to provide data on the union abnormal
The National Interest (США): российский танк Т-80 — это не шутка
Korean aircraft carrier "won back" funding
Шойгу счел необходимым построить в России еще несколько крупных городов
The State Duma appreciated the idea of banning the sale of grenades after the shooting at the MFC in Moscow
British military demanded $1.1 million for stuttering after Estonian frosts
Sasapost (Египет): американцы создают самый мощный лазер в истории. Что это значит?
Tank killer: the work of the PTKM-1R anti-roof mine was shown on video
Корпорация "Иркут" до конца 2018 года поставит ВКС РФ более 30 истребителей Су-30СМ
Как России зарабатывать больше на продаже вооружений
Putin signed the law on the powers of Roscosmos in the field of infrastructure construction
In the USA, they called the advantages of the Russian "Sun"
Американский эксперт назвал пять мощнейших российских танков
other topics discussed
2006-2021 © ВПК.name. All rights reserved.
When reprinting, link to ВПК.name required.
User agreement.
№ 21-PP in the register of information distributors.
18+
Website hosting: TimeWeb.