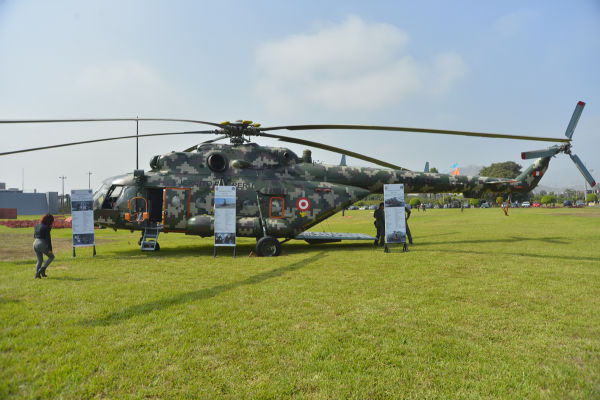 TSAMTO, July 27. In the district of La Jolla (Arequipa Department, Peru), next to the air base of the Peruvian Air Force, the official opening of the Cemae La Joya helicopter repair service center took place.

As a reminder Infodefensa.com, the facility was created under the production compensation agreement No. P/1260452011790 under the contract dated December 17, 2013 worth $ 528.5 million for the purchase of 24 Mi-171Sh-P helicopters. The center went into operation with a four-year delay due to problems on the Peruvian side.

Opened on July 22, 2021, the center, called in the Peruvian press "Army Aviation Maintenance Center - Department of Major Repairs", was created with the assistance of the Russian Helicopters holding company.

General Manuel Gomez de la Torre said at the event that Cemae La Joya is projected to become the leading helicopter maintenance center in the region in the future, capable of meeting the needs of the Armed Forces and the National Police of Peru, servicing civilian helicopters of national companies, as well as helicopter equipment of neighboring countries.

As reported, the Cemae La Joya helicopter repair service center has the capacity to perform maintenance work on up to four helicopters at the same time. At the facility, work can be carried out on the repair of the airframe, the main components of mechanical systems, as well as aviation and radio-electronic equipment.