New UMM and MIV-3 mine detectors were created for sappers 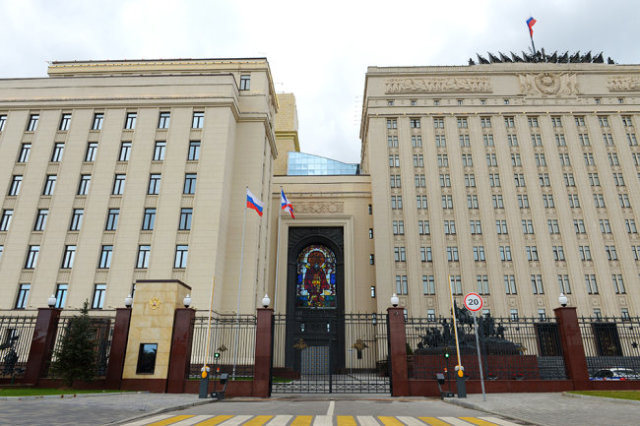 At the Central Research and Testing Institute named after Karbyshev was shown to the leadership of the engineering troops promising developments of the domestic industry.

According to the Department of Information and Mass Communications of the Ministry of Defense of the Russian Federation, among such novelties were means of searching for explosive objects. Specifically, the universal multi-channel mine detector UMM and the diving mine detector MIV-3, the mobile engineering mine clearance kit MICR, a special SAGR vehicle, as well as autonomous sources of secondary power supply - the so-called electric energy storage.

The universal multi-channel mine detector UMM is designed to search for anti-personnel and anti-tank mines, land mines and other explosive objects installed in the ground( snow), water, the bodies of which are made of any materials. The UMM is also suitable for detecting wired control lines for explosive objects and determining the thickness of the ice cover. It allows you to detect anti-tank mines in plastic and metal cases installed in the ground or snow at a depth of at least half a meter. The depth of the beard explored with its help is at least 0.7 m.

The mobile engineering complex of mine clearance MICR is a means of effectively ensuring the clearance of terrain and objects in urban conditions. And also-the implementation of security measures at state facilities during particularly important events. The complex is designed for exploration of the terrain, industrial and residential premises, objects and transport. With its help, you can determine the places of laying explosive objects, neutralize and eliminate them, perform other technological operations.

A special vehicle of the SAGR mine clearance group based on the UAZ-2363 pickup truck allows you to quickly mine the area and infrastructure objects. It is possible to transport sappers to transport explosive objects of the 1st degree of danger to the place of destruction without fuses. The special equipment of the SAGR includes a capsule body, a rack for laying and transporting explosive objects, metal boxes for the means necessary for the sapper. The car is equipped with an automatic fire extinguishing system.

And the MIV-3 portable diving mine detector is necessary for searching for metal objects in fresh and salt water, as well as on land. The depth of the water barrier explored with its help is at least 40 meters. In addition, the MIV-3 will detect a tank mine in the ground at a depth of less than half a meter, and an infantry mine-at least 15 cm.

Having a new portable diving mine detector on hand, the sapper will be able to examine 300 cubic meters of land or 80 of the bottom in an hour. The device is capable of continuous operation for at least 8 hours. And the time of its transfer to the working state is only 60 seconds. The MIV-3 weighs 2.5 kg and operates in the temperature range from -40 to +55 degrees Celsius.

The rights to this material belong to Российская газета
The material is placed by the copyright holder in the public domain
Страны
Россия
Продукция
МИКР
Компании
Минoбороны РФ
Do you want to leave a comment? Register and/or Log in
Log in via Facebook
The Permanent Representative of the Russian Federation to international organizations in Vienna Ulyanov called the refusal of AUKUS to provide data on the union abnormal
The United States agrees with Stoltenberg on the inadmissibility of Russia's influence in the issue of NATO expansion
In the USA, they were surprised by the size of the Su-75
The National Interest (США): российский танк Т-80 — это не шутка
Korean aircraft carrier "won back" funding
Шойгу счел необходимым построить в России еще несколько крупных городов
The State Duma appreciated the idea of banning the sale of grenades after the shooting at the MFC in Moscow
British military demanded $1.1 million for stuttering after Estonian frosts
Sasapost (Египет): американцы создают самый мощный лазер в истории. Что это значит?
Tank killer: the work of the PTKM-1R anti-roof mine was shown on video
Корпорация "Иркут" до конца 2018 года поставит ВКС РФ более 30 истребителей Су-30СМ
Как России зарабатывать больше на продаже вооружений
Putin signed the law on the powers of Roscosmos in the field of infrastructure construction
In the USA, they called the advantages of the Russian "Sun"
Американский эксперт назвал пять мощнейших российских танков
other topics discussed
2006-2021 © ВПК.name. All rights reserved.
When reprinting, link to ВПК.name required.
User agreement.
№ 21-PP in the register of information distributors.
18+
Website hosting: TimeWeb.