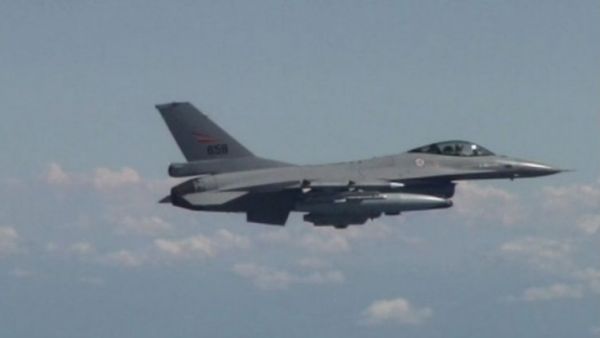 Moscow. July 21. INTERFAX-Norway lifted its F-16 fighter jets into the air to escort Russian Tu-160 missile carriers, which made a multi-hour flight over the neutral waters of the Barents and Norwegian Seas, the Russian Defense Ministry reported on Wednesday.

"At some stages of the route, Russian strategic missile carriers were accompanied by F-16 fighters of the Norwegian Air Force," the Russian military said.

The agency reported that the duration of the flight of two Tu-160 was more than 7 hours.

"Two Tu-160 strategic missile carriers of long-range aviation performed a planned flight in the airspace over the neutral waters of the Barents and Norwegian Seas. Fighter escort was provided by the crews of MiG-31 aircraft of the Association of the Air Force and Air Defense of the Northern Fleet, " the Ministry of Defense of the Russian Federation reported.

They said that long-range aviation crews regularly fly over the neutral waters of the Arctic, the North Atlantic, the Black and Baltic Seas, and the Pacific Ocean.