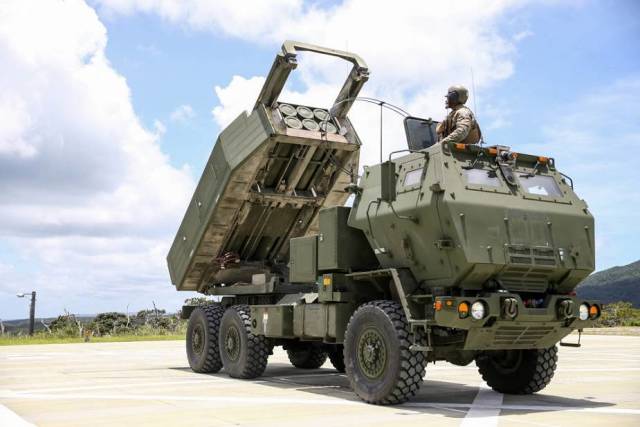 TSAMTO, July 21. On July 14, the US Defense Ministry announced the signing of an agreement by the Command for concluding contracts of the US Army with Lockheed Martin Missile Fire Controls for the supply of M142 HIMARS (High Mobility Artillery Rocket System) launchers for the US Armed Forces and a foreign customer and ensuring their support.

The cost of the order was $ 160.48 million. The works will be performed at the enterprises in Boca Raton (Florida); Whippany (Florida).New Jersey); Jackson (Michigan); York (USAPennsylvania); Jackson (pc.Mississippi); Brownsboro (Alabama); Palm Bay (Florida); Archbalde (USAPennsylvania); Dallas (pc.Texas); Camden (Arizona); Clearwater (Florida) and Taiwan. The completion of the program is scheduled for April 2023. The agreement provides for the supply of MLRS for the US Army and the USMC, as well as under the Foreign Military Sales Program (FMS) for the Taiwanese Armed Forces.

One day later, on July 15, another contract worth $ 12.414 million was signed with Lockheed Missile and Fire Control for the production of M142 launchers for the Taiwanese Armed Forces and training of the island state's military personnel in the use of new equipment. The work will be carried out in Grand Prairie (pcs.Texas) and will be completed by April 30, 2023.

These contracts begin the practical implementation of the program for the supply of MLRS HIMARS to the Armed Forces of Taiwan. As reported by TSAMTO, in October 2020, the US State Department approved the potential supply to Taiwan under the Foreign Military Sales program of 11 M142 HIMARS MLRS, 64 containers with M57 tactical missiles( ATACMS), as well as other related equipment, equipment, weapons and services. The total cost of the program was estimated at $ 436.1 million.

The HIMARS MLRS is a light self-propelled launcher with greater mobility compared to the tracked M-270 MRLS. It is designed to create a barrage to the attacking enemy, conduct counter-battery warfare, defeat air defense systems, lightly armored vehicles, warehouses and enemy personnel. To date, Lockheed Martin has delivered more than 500 HIMARS MLRS to customers.

Currently, the M142 HIMARS MLRS are in service with the Armed Forces of the United States, Singapore, the United Arab Emirates, Jordan, Poland and Romania.