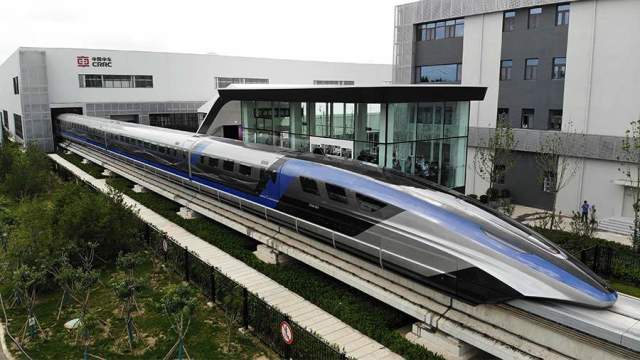 It is specified that the speed of the train can reach 600 km/h and currently it is the fastest land vehicle in the world.

The new transport system was presented in the city of Qingdao, East China's Shandong Province.

According to the China Railway Rolling Stock Corporation, the train model was independently developed by China, which was the country's latest scientific and technical achievement in the field of railway transport.

The magnetic cushion, which is the main feature of the train, will allow you not to touch the surface of the rail when moving and reduce noise, reports <url>.

In May, the corporation "Moscow Institute of Thermal Engineering" (part of Roscosmos) she announced that she would show her model of a maglev train in August.

According to Yuri Solomonov, general designer of the Moscow Institute of Thermal Engineering, the magnetic cushion train created by the corporation will be able to function in unmanned mode.

The technology of the magnetic-levitation principle of train movement will be the first in Russia, said Solomonov.