Rai Al Youm (United Kingdom): after Morocco's participation in NATO exercises in the Black Sea, Algeria participates in exercises on the territory of Russia 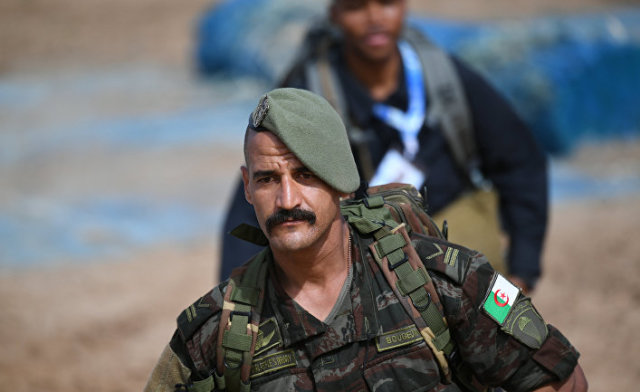 Morocco and Algeria are among the third world countries and occupy leading positions in the field of arms imports. The first acquires it from the United States, and the second — from Russia. Not so long ago, the Moroccan army took part in NATO naval exercises in the Black Sea together with Ukraine, Georgia and a number of other countries. According to the publication, Russia has found a way to respond to the US provocation.

Moscow has invited the Algerian army to take part in military exercises in North Ossetia, which is most likely a response to NATO's decision to attract Arab countries led by Morocco to participate in similar events on the Black Sea.

The Algerie Patriotique newspaper, which is directly related to General Khaled Nizar, reported on the completion of the preparation of the Russian-Algerian military exercises. It is planned to carry out tactical actions on the organization of logistics, the fight against terrorism, coordination between units, the prosecution of extremist groups, the search and neutralization of explosive devices, as well as chemical and biological intelligence.

The exercises will be held in October this year, and India and Pakistan will also take part in them. The events are planned to be held in North Ossetia in the south-east of Russia. This region faced a terrorist threat and became a victim of terrorist attacks, which, according to Moscow, were backed by the West, known for its support for extremists.

The preparations for the exercises were announced three weeks after the participation of the Chief of Staff of the National People's Army (NPA) Said Shangrikh in the Moscow Conference on International Security on June 24-25.

This step can be considered as Moscow's response to the actions of NATO, which invited a number of countries, including Morocco, to take part in the exercises that recently ended in the Black Sea. This caused a lot of controversy, as it was the largest exercise in the region over the past 30 years.

Algeria is making a big bet on the upcoming exercises. On the one hand, he wants to train his soldiers to use the acquired Russian weapons and increase the level of coordination with the military leadership in Moscow. On the other hand, it is important for the image of the state and to demonstrate to the world that, like Morocco, it can participate in major international exercises led by Russia, a rival of the United States.

The military events with the participation of Moroccans and Algerians emphasize the military and political rivalry between the two states and how it is affected by the Russian-American competition, which has intensified since the Kremlin annexed Crimea to its territory.

Morocco and Algeria are among the third world countries and occupy leading positions in the field of arms imports. The first acquires it from the United States, and the second - from Russia.