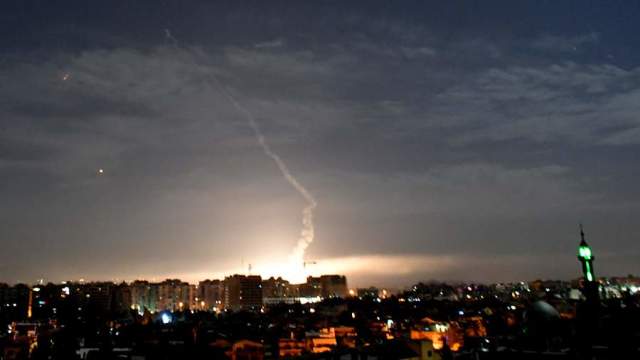 Air strikes by the US armed forces on June 27 were carried out in Iraq and Syria on objects associated with the use of unmanned aerial vehicles. This was announced by the press secretary of the US Department of Defense, John Kirby. A video of the briefing was published on the page of the US military department on Twitter .

According to him, these objects were directly related "to the threat from unmanned aerial vehicles — in terms of related logistics and repairs, command and control, launch and return, as well as, possibly, the transfer of equipment and system support."

Kirby added that as a result of the airstrikes, these objects were destroyed.

A Pentagon spokesman declined to specify whether there were any casualties as a result of these bombings. According to him, the US Armed Forces continue to assess the consequences of the strikes.

At the same time, Kirby assured that Washington does not seek to aggravate the situation in the Middle East or in relations with Iran.

Later on Monday, The New York Times newspaper, citing sources in the administration of American President Joe Biden, reported that the strikes of the American Air Force (Air Force) on the night of June 28 were directed at two targets in Syria, and one on the territory of Iraq, in the latter case it was a base operated for drone operations against the US military.

At the same time, the US Department of Defense said yesterday that the US Air Force had carried out airstrikes against pro-Iranian rebel targets on the border of Iraq and Syria. Biden gave the order because of a series of attacks by these groups on American interests in Iraq.

According to residents of the Syrian city of Abu Kemal in the province of Deir Ez-Zor, a child was killed in the attack, three more civilians were injured.