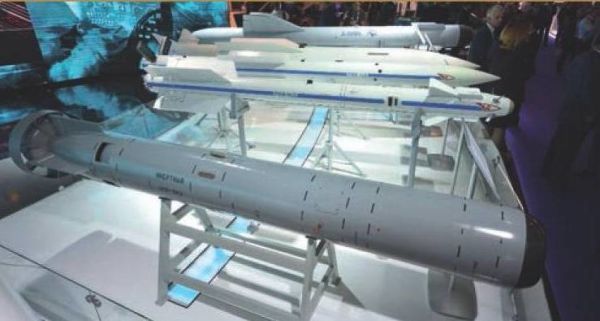 Specialists are also working on the creation of a universal mine complex, said Boris Obnosov, General director of the Tactical Missile Weapons Corporation

"Serial production of aircraft anti-submarine missiles of the APR-3ME type has been deployed. The first batch has been delivered, " Obnosov informed.

According to the head of KTRV, work is underway to create new models of anti-submarine aircraft torpedoes. "In the future, it is planned to develop a small-sized anti - submarine aviation torpedo to replace the APR-3ME, which significantly exceeds the existing models in terms of range," Obnosov said.

He added that at the moment, the corporation's specialists are also working on the creation of a universal mine complex. "The universal mine complex being developed provides for the selection of targets in a wide range of parameters and processing of incoming information about targets using modern algorithms, including artificial intelligence algorithms," Obnosov said.

The APR-3ME aviation anti-submarine missile was first presented at the MAKS-2017 exhibition. The advanced missile is designed to destroy modern submarines of various classes at depths of up to 800 m and a speed of up to 40 knots with sea waves up to 6 points. This missile is considered one of the most effective means of combating submarines.

The International Naval Salon takes place from 23 to 27 June in St. Petersburg.