The body of astronauts is modified for the flight to Mars 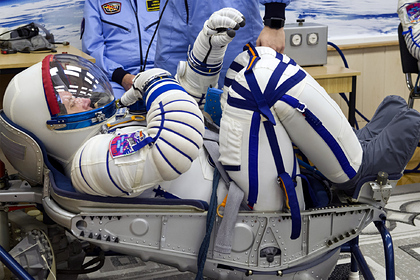 Experts from Russia and the United States are considering the possibility of modifying people who will have a long-distance space flight, for example, to Mars. In particular, it is discussed whether the spleen should be removed by astronauts to reduce radiation damage. This is reported by RIA Novosti with reference to the director of the Institute of Medical and Biological Problems (IBMP) RAS Oleg Orlov.

Cosmic rays and solar radiation have a devastating effect on human cells and DNA. During the flight to Mars, astronauts will be outside the protective magnetic field of the Earth, as a result, the risk of developing cancer, as well as cognitive impairment, will increase. One of the most vulnerable organs to radiation is the spleen, which is responsible for the formation of the immune response and for the destruction of old and damaged blood cells. Radiation damage to this organ can cause damage to the entire body, for example, lead to intra-abdominal bleeding.

According to some experts, it makes sense to send "modified" astronauts to Mars, who underwent splenectomy-surgical removal of the spleen. In addition, before the flight, you can replace the lenses of the eye with artificial ones to prevent the development of radiation cataracts, as well as pre-treat the area of the brain, changes in which can lead to serious cognitive impairment.

Earlier, Russian cosmonaut Roman Romanenko named three obstacles to the exploration of Mars. He noted that the astronauts may not return back to Earth. In addition, there is a very large communication delay, and it is not clear how to adjust the flight in these conditions. There is also no scientific data on what will happen to a person when he leaves the radiation belt of the planet.