Another Pakistani tanker aircraft IL-78MP will be repaired in Ukraine

As reported on June 16, 2021, the Ukrainian state concern "Ukroboronprom", a part of its state company "Ukrspetsexport "within the framework of the exhibition" Zbroya ta Bezpeka - 2021 " held in Kiev, signed a contract for the modernization and repair of another IL-78MP tanker aircraft of the Pakistan Air Force. 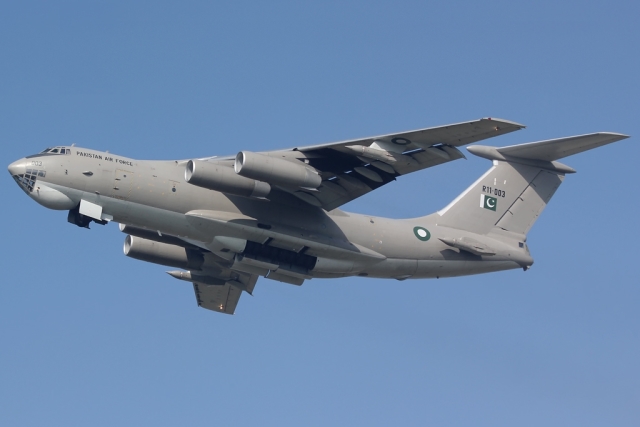 At the same time, Ukrainian sources openly reported that these contracts for the repair of Pakistani Il-78MP were obtained by Ukraine through direct dumping and at a price below the cost of work. General Director of the State Corporation "Ukrspetsexport" V. Nozdrya in October 2020 directly stated: "It was not easy to get this contract. For example, the same tenders were recently held in India, and the Ukrainian special exporter with this very repair company lost. It should be taken into account that this is the traditional sphere of Russian suppliers or firms that are associated with the Russian Federation. Yes, we were forced to reduce our income, for us the main political issue was to win the contract and also to load the Ukroboronprom plant with work. We did a good job there, including getting important information in a timely manner. Thanks to this, we made a difficult but flexible decision - to determine exactly the cost of work that allowed us to stay ahead of our competitors. But the implementation of such a contract opens up new opportunities for the future. To be honest, no one expected our victory."

The four IL-78s themselves were purchased by Pakistan in Ukraine. The contract for the purchase of four Il-78 tanker aircraft from among the tanker aircraft of the 106th Heavy Bomber Aviation Division of the Long-range Aviation of the USSR Air Force (Uzin airfield) that Ukraine inherited from the 409th Aviation Regiment and were in storage was signed by the Pakistan Air Force with Ukrspetsexport in December 2006, with the contract value being only 25.68 million dollars (only 6.42 million dollars per aircraft). The buyer's intermediary was A. T. E. International Ltd, a company registered in the United Kingdom.