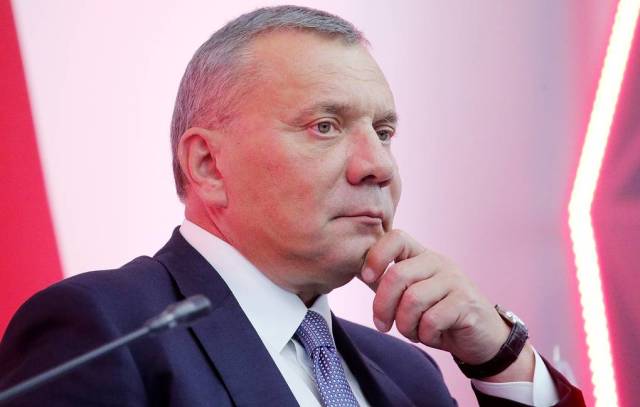 Komsomolsk-on-Amur. June 16. INTERFAX-The Russian Defense Ministry and the Sukhoi Design Bureau are planning to develop a two-seat version of the fifth-generation Su-57 fighter in the export version, Deputy Prime Minister Yuri Borisov told reporters on Wednesday during a working trip to the Primorsky Territory.

"There is interest in this car and, in my opinion, it will increase from year to year, as our Russian army will be saturated with this model. Foreign customers first look at how a particular type of weapon of the Armed Forces of the Russian Federation behaves. The plans of the Ministry of Defense and the Sukhoi Design Bureau are to produce a two-pilot cabin, which will expand the export demand for this model ( ... ), it can create additional demand," he said.

The Su-57 was developed by Sukhoi (part of the UAC) and is produced at the Komsomolsk-on-Amur Aviation Plant (KnAAZ). This is a multi-purpose fighter of the fifth generation, designed to destroy all types of air targets in long-range and close-range battles, defeat ground and surface enemy targets with overcoming air defense systems. Its first flight took place on January 29, 2010.

At the end of 2020, the Russian Armed Forces received the first serial Su-57. In total, by 2028, the Russian military should receive 76 Su-57 fighters and re-equip three aviation regiments with them.

Earlier it was reported that the first Su-57 will be produced in serial form, but with the engines of the previous generation. The "second stage" engine (product 30 produced by the United Engine Corporation, UEC), which will provide the Su-57 with supersonic cruising speed, began flight tests in December 2017.

According to the head of Rostec, Sergey Chemezov, "somewhere in 2022, the engines will already be ready, "put on the wing", and within a few years we will launch their mass production."

А может и не создать дополнительный спрос и скорее всего не создаст, хотя бюджет конечно будет освоен.
-2
Inform
Do you want to leave a comment? Register and/or Log in
Log in via Facebook
The Permanent Representative of the Russian Federation to international organizations in Vienna Ulyanov called the refusal of AUKUS to provide data on the union abnormal
In the USA, they were surprised by the size of the Su-75
The United States agrees with Stoltenberg on the inadmissibility of Russia's influence in the issue of NATO expansion
In the USA, it was proposed to ban "Solntsepeki" and "Pinocchio"
Putin signed the law on the powers of Roscosmos in the field of infrastructure construction
Korean aircraft carrier "won back" funding
Конфликты: Йемен - "забытая" война
The National Interest (США): российский танк Т-80 — это не шутка
Russia will offer India the technology of the Octopus tank
Шойгу счел необходимым построить в России еще несколько крупных городов
The State Duma appreciated the idea of banning the sale of grenades after the shooting at the MFC in Moscow
British military demanded $1.1 million for stuttering after Estonian frosts
Sasapost (Египет): американцы создают самый мощный лазер в истории. Что это значит?
Tank killer: the work of the PTKM-1R anti-roof mine was shown on video
Корпорация "Иркут" до конца 2018 года поставит ВКС РФ более 30 истребителей Су-30СМ
other topics discussed
2006-2021 © ВПК.name. All rights reserved.
When reprinting, link to ВПК.name required.
User agreement.
№ 21-PP in the register of information distributors.
18+
Website hosting: TimeWeb.