US Air Force complained about ruinous Tu-95 flights off Alaska 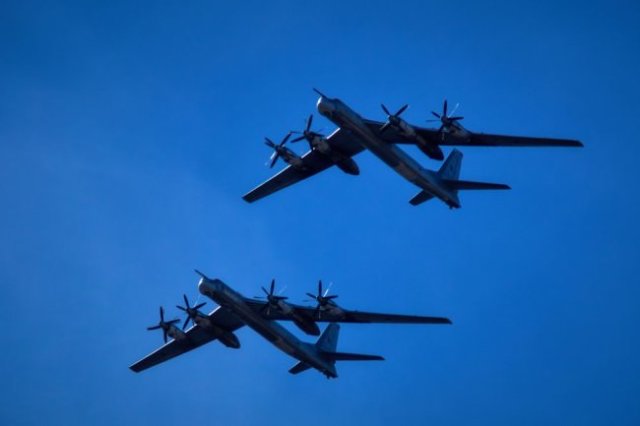 Intensive flights of the Russian Aerospace Forces and naval aviation near Alaska are ruining American combat aviation. To counter it, it is necessary to constantly maintain F-22 Raptor fighters in combat readiness and send them into the sky for a long time, which costs the US Air Force very expensive, the US military complained. While Russia uses turboprop Tu-95s-economical and ideal for long patrols.

The intensity of flights of combat aircraft of the Russian Aerospace Forces and the Russian Navy over the Pacific Ocean reached the highest levels for the entire period after the end of the Cold War. In the area of operation of the American air defense radars located in Alaska, Tu-95 strategic bombers, Tu-142 anti-submarine aircraft, and other aircraft regularly appear. Since the air defense identification zone is an international airspace, Russian aircraft are there legally, but the US Air Force cannot ignore their presence near the American borders - especially the Tu-95, which can carry cruise missiles with nuclear warheads.

It is necessary to lift the most advanced F-22 Raptor fighters into the air - at the northernmost US air base Elmendorf-Richardson, there are two squadrons of them - or the seventh part of all production models. Moreover, the combat readiness of fighters in Alaska is the highest in the country - more than 50 percent - and its maintenance at this level also requires considerable effort.

- Russian aircraft - for example, the Tu-95-on the contrary, have low operating costs and are ideal for long flights. They spend hours loitering in the identification zone of our radars, " complained the head of the US Northern Air Defense Command, Air Force General Glen Vanherk. His words are quoted by MilitaryWatch.

Russian planes demonstrate military might, rehearse missile strikes, and gather intelligence. Near Alaska, the Americans can not count on the help of their NATO partners - they have to take their own breath. In 2020, the US Air Force deployed F-35 fighters to Elmendorf-Richardson, but their combat readiness leaves much to be desired. The main work on the support of Russian aircraft falls on the F-22, whose flight hour costs 44 thousand dollars, and the complexity of inter-flight maintenance is the highest in modern aviation: 30 man-hours per hour of flight.