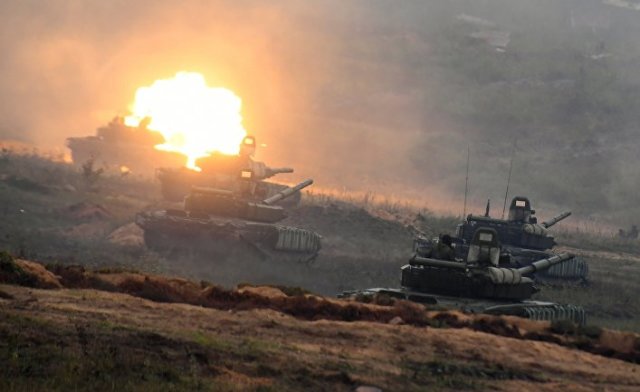 "In total, during the summer training period, more than 150 tactical and tactical-special exercises of various levels will be held, the final stage of training will be the participation of military personnel in the joint strategic Russian-Belarusian exercise "West-2021", - the ZVO said in a statement.

It is noted that since the beginning of the summer training period, more than 7 thousand servicemen of the tank army of the ZVO have entered the training grounds in the Moscow, Nizhny Novgorod, Smolensk, Ivanovo and Yaroslavl regions.

The First tank Army of the ZVO was recreated in 2014. Its troops are stationed in the Moscow, Ivanovo, Smolensk and Nizhny Novgorod regions. The army headquarters is located in Bakovka (Moscow region). The army includes, in particular, the Taman Motorized Rifle and Kantemirovskaya Tank divisions, the 6th Tank Brigade, the 27th Sevastopol Motorized Rifle Brigade, and the missile brigade in Shuya, equipped with Iskander-M complexes.

The First Tank Army and the armed forces of Belarus are part of a joint regional grouping of troops, Andrei Ravkov, who was the Minister of Defense of Belarus, said in March 2017.

On September 10-16, Russia and Belarus plan to hold a strategic exercise "West-2021", the maneuvers will be held on the territory of the two countries.

In April, the commander of the Baltic Fleet (BF) of Russia, Alexander Nosatov, said that the forces of the BF will take part in the maneuvers "West-2021".

On June 1, the press service of the Northern Fleet of the Russian Federation reported that the fleet will take part in a strategic exercise in its main Arctic direction in the fall.