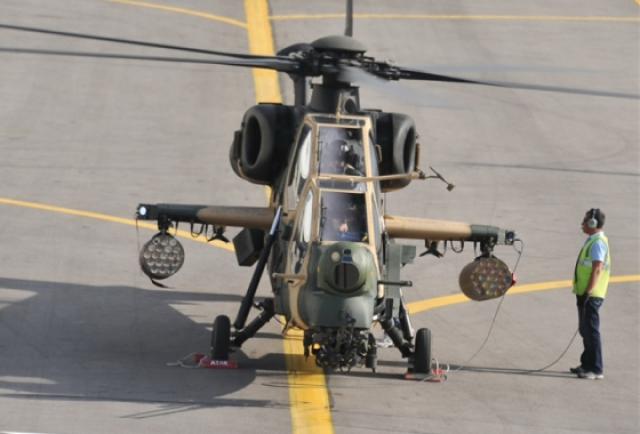 TSAMTO, May 27. On May 24, Philippine Secretary of National Defense Delfin Lorenzana announced the purchase of T-129B ATAK helicopters from Turkish Aerospace Industries (TAI) as part of the new attack helicopter delivery program.

As reported by the Philippine news agency PNA (Philippine News Agency), the Armed Forces of the Philippines ordered six T-129B helicopters. The program has a budget of approximately 13.8 billion Philippine pesos ($286.6 million). According to the schedule, deliveries will begin in the third quarter of this year. The representative of the MNO of the Philippines, Arsenio Andolong, said that the first pair of helicopters should arrive in September.

The Philippine Air Force Command has already announced that it is sending a group of pilots and maintenance personnel to Turkey for training. The ceremony of sending off the personnel took place at the base of the 15th Strike Wing. The training will begin before the end of the month at the TAI facility in Ankara and will be completed in August.

The T-129 is a twin-engine attack helicopter developed on the A-129 Mongoose platform with tandem crew placement, which can be used to perform reconnaissance, fire support and strike missions in difficult conditions and at any time of the day.

As reported by CAMTO, the acquisition of attack helicopters is provided for under the second phase ("Second Horizon "/ Second Horizon) of the "Program for the modernization of the Armed forces of the Philippines" (RAFPMP), approved by Republic Act No. 10349 (Republic Act No. 10349), and is planned for 2018-2022. They should expand the capabilities of the existing MD-520MG and AW-109E "Power".

By the end of 2018, the technical working group of the Philippine Air Force was inclined to choose the T-129 ATAK of the Turkish company Turkish Aerospace Industries (TAI), which is one of the smallest and cheapest of the specialized attack helicopters. It was planned to purchase 6 T-129 ATAK units. However, the sale of the platform was frozen due to restrictions imposed by the United States on the sale of LHTEC T800-4A engines to Turkey produced by a joint venture of the American Honeywell and the British company Rolls-Royce. The ban on the sale was related to Ankara's decision to purchase the S-400 Triumph air defense system in Russia.

Serdar Demir, Director of Marketing and Communications for Turkish Aerospace Industries (TAI), announced on May 18, 2020 that Washington has still granted the necessary permits for the sale of LHTEC CTS800-4A engines to Turkey to equip the initial batch of six T-129 helicopters intended for the Armed Forces of the Philippines.

According to an anonymous Turkish official, the license was granted directly by the US State Department after several visits to Washington by the head of the Turkish Defense Industry Directorate, Ismail Demir. The export license for the engines did not require Congressional approval, as the sales amount was below $ 25 million. Sales by NATO allies worth more than this limit are controlled by Congress.