SpaceX has launched a new group of Starlink Internet satellites into orbit, bringing the grouping to 1,735 vehicles 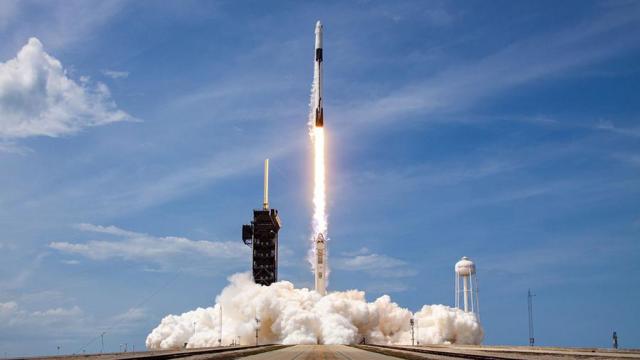 Washington. May 26. INTERFAX-The Falcon 9 heavy launch vehicle on Wednesday successfully launched another batch of 60 mini-satellites into low-Earth orbit, designed to continue the deployment of the global Internet coverage of the Starlink system, the developer company SpaceX said.

"The withdrawal of the Starlink satellites has been confirmed," the statement said.

This is the 29th launch of a group of Internet satellites since May 2019 as part of the Starlink project and the fourth this month. Taking into account the current satellites, the SpaceX orbital constellation already consists of 1,735 spacecraft. Previous batches of Starlink satellites were launched on May 4, 9, and 16.

The launch was carried out at 14:59 East Coast time (21:59 Moscow time) from the 40th launch complex at the Cape Canaveral space Center (Florida).

Approximately 1 hour and 4 minutes after the launch of the rocket, all the satellites were put into the specified orbit.

Meanwhile, the first reusable stage of the SpaceX launch vehicle, which was used for the launch for the second time, 8 minutes 34 seconds after launch, made a controlled vertical landing on the Just Read the Instructions automatic floating platform, which was located in the Atlantic about 600 km from the Cape Canaveral spaceport.

In addition, special rescue sea vessels had to fish out of the water two wings of the fairing of the head of the rocket, which after separation descended by parachute. Reusing the fairing saves SpaceX up to $6 million on its rocket launches.

The company is currently the largest satellite operator in the world.