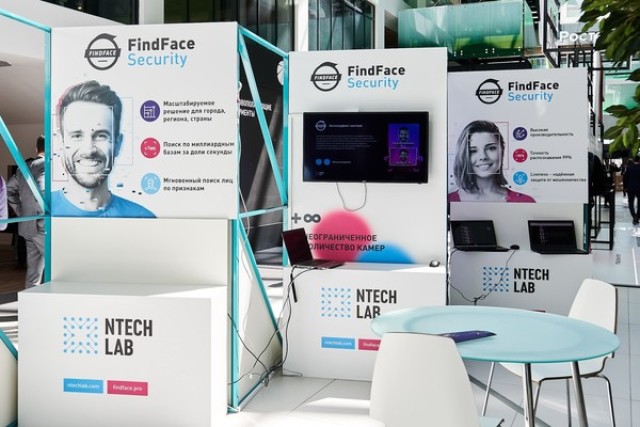 NtechLab, one of the world leaders in the field of biometric technologies and a technology partner of the State Corporation Rostec, won the Face Recognition Vendor Test (FRVT) competition of the National Institute of Standards and Technology of the US Department of Commerce (NIST). The NtechLab algorithm is recognized by the American institute as the best in the world based on the results of seven independent tests, and three of them set a record for the entire history of testing.

NIST's FRVT testing is the only globally recognized face recognition algorithm competition, including one designed to help the U.S. Department of Commerce identify the world's best providers of such software solutions. It corresponds to the scenario of confirming the identity of a person from a photo. This scenario is used in a wide range of civil, law enforcement and national security programs, including photo verification on visa documents and when issuing passports, as well as in payment systems using biometric data ("by face").

In six years, NtechLab has grown from a promising startup to a company with more than a hundred employees, while maintaining the flexibility of management and non-standard engineering solutions, thanks to which it attracted the attention of Rostec at the early stages of its development. Billion-dollar investments, large orders, and technological leadership-all this makes NtechLab one of the leading companies in the Russian IT market. Now one of the main directions of the company's work is international development — foreign offices are opening, the network of partners around the world is growing. Recognition of the superiority of Russian technologies at the prestigious international competition will allow us to multiply the growth rate of the company's foreign revenue, " said Vasily Brovko, Chairman of the Board of Directors of NtechLab, Director for Special Assignments of Rostec State Corporation.

The FRVT evaluated more than 100 algorithms from developers from a large number of countries, including China, the United States, and Israel. FRVT testing was conducted on several photo databases. When summing up the results, the accuracy and speed of the search were taken into account, as well as the adaptability of the algorithm to subsequent changes. The NtechLab algorithm has become the number one in working with the VISA, VISABORDER and BORDER databases, which contain images that are identical in quality to photos taken at the border crossing and from visa permits. Based on the results of working with these databases, NtechLab showed the best results in the entire history of the NIST competition. In addition, NtechLab entered the top three in terms of the effectiveness of face recognition in medical masks.

As the competition has grown over the years, and the accuracy and speed of competitors ' algorithms have increased, today we can say with confidence that the NtechLab intelligent video analytics algorithm is the best in the world in a number of parameters. To achieve this outstanding result, NtechLab engineers used innovative approaches to training neural networks, as well as new algorithms for processing and preparing data for machine learning. The results of these developments are already used in NtechLab products and will serve to increase the comfort and safety of residents of "smart cities" around the world, - said the founder of NtechLab, the head of the laboratory of neural networks of the company Artem Kukharenko.

NtechLab algorithms have repeatedly proven their technical superiority in representative international competitions. In 2017, the development of NtechLab was already recognized as the best by the National Institute of Standards and Technology of the US Department of Commerce, and also took first place in the competition of the American Agency for Advanced Research in the Field of Intelligence in the categories of the most accurate and fastest algorithm. In 2018, NtechLab was among the top three winners of the WIDER Pedestrian Challenge competition for detecting pedestrians based on their silhouettes, and in 2019, it took second place at the ActEV – PC international competition for recognizing human actions on video.