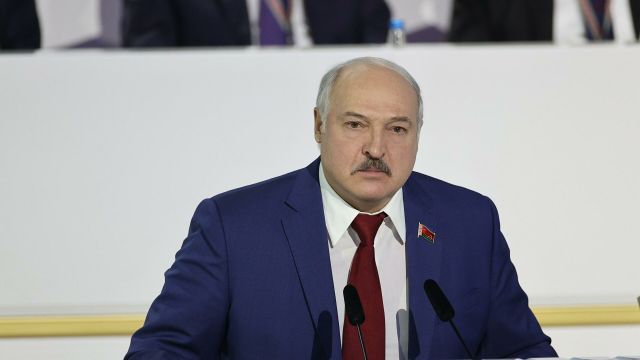 MINSK, May 24-RIA Novosti. Belarusian President Alexander Lukashenko has signed a law that, in the event of threats to national security, gives the authorities the right to restrict the operation of telecommunications networks in the republic, the National Legal Internet Portal reported on Monday.

According to him, the national register of legal acts includes amendments to the law "On Telecommunications". This means that the document was signed by the head of state. Before that, they were adopted by both chambers of the Belarusian parliament.

The authority to manage the public telecommunications network is granted to the operational and analytical center under the President of Belarus. Failure by local operators to comply with the requirements to suspend or restrict the operation of networks and their telecommunications facilities will constitute a gross violation of the law.

The Law comes into force after its official publication.

After the presidential elections held in Belarus on August 9, in which Lukashenko won for the sixth time, gaining, according to the CEC, 80.1% of the vote, mass opposition protests began in the country, which were also suppressed by security forces using special means. The actions gradually changed their character to local and small-scale. On February 11, the KGB of Belarus said that the situation in the country has stabilized, the peak of the protests has passed, and their manifestations have almost disappeared.

In Belarus, against the background of unauthorized protests, the Internet was periodically restricted, mainly to prevent the gathering of protesters, but as the situation stabilized, state agencies stopped practicing this.

The rights to this material belong to РИА Новости
The material is placed by the copyright holder in the public domain
Страны
Белоруссия
Проекты
ИТ
Do you want to leave a comment? Register and/or Log in
Log in via Facebook
The Permanent Representative of the Russian Federation to international organizations in Vienna Ulyanov called the refusal of AUKUS to provide data on the union abnormal
The United States agrees with Stoltenberg on the inadmissibility of Russia's influence in the issue of NATO expansion
In the USA, they were surprised by the size of the Su-75
The National Interest (США): российский танк Т-80 — это не шутка
Korean aircraft carrier "won back" funding
Шойгу счел необходимым построить в России еще несколько крупных городов
The State Duma appreciated the idea of banning the sale of grenades after the shooting at the MFC in Moscow
British military demanded $1.1 million for stuttering after Estonian frosts
Sasapost (Египет): американцы создают самый мощный лазер в истории. Что это значит?
Tank killer: the work of the PTKM-1R anti-roof mine was shown on video
Корпорация "Иркут" до конца 2018 года поставит ВКС РФ более 30 истребителей Су-30СМ
Как России зарабатывать больше на продаже вооружений
Putin signed the law on the powers of Roscosmos in the field of infrastructure construction
In the USA, they called the advantages of the Russian "Sun"
Американский эксперт назвал пять мощнейших российских танков
other topics discussed
2006-2021 © ВПК.name. All rights reserved.
When reprinting, link to ВПК.name required.
User agreement.
№ 21-PP in the register of information distributors.
18+
Website hosting: TimeWeb.