The Polish Air Force plane gave the signal of capture. The Defense Ministry explained this with exercises 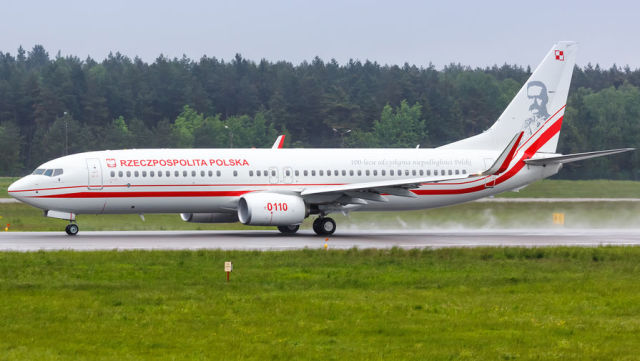 The pilot of the Polish Air Force plane with the military command on board broadcast the signal 7500, meaning the capture of the plane. After that, the plane stopped communicating and headed towards the Atlantic Ocean. The board is not displayed on radars. According to the Polish military, the hijacking is part of the exercise.

On the morning of May 13, the agency Avia.pro with reference to sources, it was reported that the Boeing 737-86X airliner of the Polish Air Force could have been captured by unknown hijackers.

"The plane of the Polish Air Force was captured and is now moving west, towards the Atlantic Ocean. It is not known how many people are on board, " the report said.

The pilot of the NIKE01 flight broadcast the signal 7500-it means the capture of the aircraft. The crew then stopped communicating, and after a while the plane disappeared from radar in the area of the Polish-Czech border. The OpenSky Alert portal on Twitter specified that the board transmitted an alarm signal at 9: 15 am Moscow time.

The Polish Air Force and the Ministry of Defense have not officially confirmed the information about the hijacking. Polish journalists suggested that the seizure could be part of a military exercise that began in the country a few days ago. However, the Sarex-21 exercises involve only naval operations. The exercise began on May 17 and is scheduled to end on May 21.

As the British newspaper Express wrote with reference to the website of the Polish Armed Forces, "during one of the episodes of the exercise, a civilian plane will be "stolen" - to practice actions to prevent a terrorist attack."

Soon, the representative of the press service of the operational command of the Polish Armed Forces, Adriana Volynska, confirmed this information.

"This is happening within the framework of the Renegade - Sarex tactical exercises taking place on May 17-21. This is an episode of exercises in the field of countering terrorism, " Volynska said, TASS reports.


The second episode of the exercise, which ended the day before, was reduced to a mass rescue of drowning people as a result of a simulated collision of two ships. The search for survivors of simulated plane crashes in forest areas was also practiced. Volunteers and search teams were involved in the training. The exercises take place in Polish airspace, as well as in the forests of Western Pomerania and the swamps of Masovia. Civil defense sirens are also reported to have been activated in Warsaw.

Apparently, the order of maneuvers was changed, so the planned disappearance of the plane was mistaken for a hijacking.