Russia has developed a new draft of the National Security Doctrine 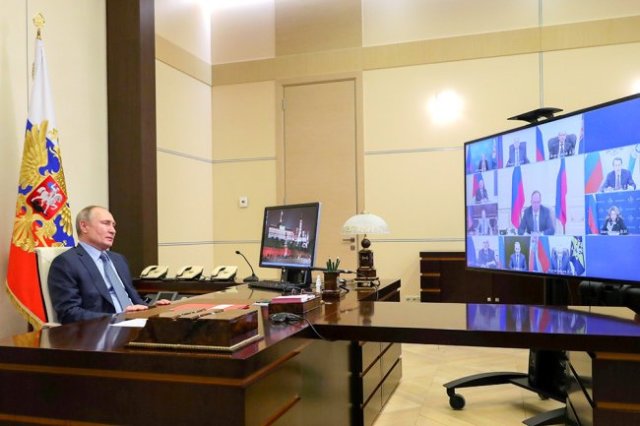 The staff of the Russian Security Council has finished work on the draft of the updated National Security doctrine for the period up to 2027.

Changes and updates to the doctrinal document are related to new challenges and threats that have recently emerged. Serious problems, according to the Security Council, are associated with climate change, threats to biological security, and countering new infections, including coronavirus.

In addition to the general global threats that negatively affect the global economy and the financial system, Russia is under serious sanctions pressure. As Sergei Vakhrukov, Deputy Secretary of the Security Council, said in an interview with Interfax, these sanctions are becoming more sophisticated. For example, we are constantly threatened with the disconnection of the worldwide interbank communication channels SWIFT. And they are also trying to limit Russia in terms of loans and opportunities to influence financial institutions. In addition, Vakhrukov added, there are now constant attempts to interfere in the internal affairs of Russia.

According to the Deputy Secretary of the Security Council, the political pressure on our country does not weaken and attempts to shake up the socio-economic situation continue. At the same time, NATO forces are moving closer to the borders of Russia. And Western countries are trying to assess international stability and security in a specific way, countering multipolarity in the world.

"If someone tries to ignore our national interests, unproven accuses us of something, expels our ambassadors-such countries will be considered unfriendly states," Vakhrukov said. He stressed that Russia will respond to such actions, thereby ensuring its security. In addition, according to him, it is necessary to take into account a completely different reality, connected with the fact that information security has reached a completely different level in recent years. It is expected that the draft updated national security strategy, which was worked on for more than a year, will be considered at one of the next meetings with the permanent members of the Security Council.

The rights to this material belong to Российская газета
The material is placed by the copyright holder in the public domain
Кредитование
Страны
Россия
Проекты
NATO
Изменение климата
Comments [1]
№1
ID: 20104
Remote / Спам
Do you want to leave a comment? Register and/or Log in
Log in via Facebook
The Permanent Representative of the Russian Federation to international organizations in Vienna Ulyanov called the refusal of AUKUS to provide data on the union abnormal
The United States agrees with Stoltenberg on the inadmissibility of Russia's influence in the issue of NATO expansion
In the USA, they were surprised by the size of the Su-75
The National Interest (США): российский танк Т-80 — это не шутка
Korean aircraft carrier "won back" funding
Шойгу счел необходимым построить в России еще несколько крупных городов
The State Duma appreciated the idea of banning the sale of grenades after the shooting at the MFC in Moscow
British military demanded $1.1 million for stuttering after Estonian frosts
Sasapost (Египет): американцы создают самый мощный лазер в истории. Что это значит?
Tank killer: the work of the PTKM-1R anti-roof mine was shown on video
Корпорация "Иркут" до конца 2018 года поставит ВКС РФ более 30 истребителей Су-30СМ
Как России зарабатывать больше на продаже вооружений
Putin signed the law on the powers of Roscosmos in the field of infrastructure construction
In the USA, they called the advantages of the Russian "Sun"
Американский эксперт назвал пять мощнейших российских танков
other topics discussed
2006-2021 © ВПК.name. All rights reserved.
When reprinting, link to ВПК.name required.
User agreement.
№ 21-PP in the register of information distributors.
18+
Website hosting: TimeWeb.